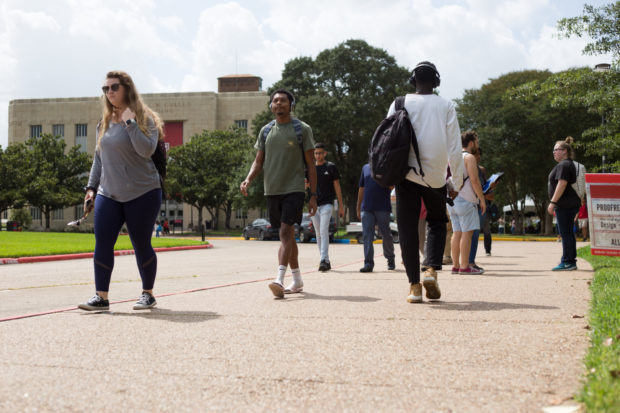 A UH professor has called for a mandatory retirement age for all instructors in higher-ed. | Trevor Nolley/The Cougar

A University of Houston modern and classical languages professor in an op-ed for The Washington Post laid out his belief that a mandatory retirement age is needed for all professors, including himself and his colleagues.

No studies have been done to determine the scholarly output by academics 65 and older, but there are studies showing that cognitive function starts to decline at about age 70, according the the article written by Robert Zaretsky. He believes that once professors begin to perform in a way their younger selves would find less than satisfactory, they need to take a step back, reevaluate and retire.

“ ‘Are you still doing, are you still performing, in a way that you would expect of your teachers, professors, when you were either an undergraduate or graduate student,’ ” Zaretsky said to The Cougar. “If not, it’s time to make way for those who are younger and are struggling to find jobs in an increasingly bleak market.

Weinstein, while called a professor, does not teach.

“My position does not displace a younger person,” Weinstein said in an email. “I fund my own very small salary from gifts to UH, and grants for my research.”

Weinstein said he still works because he would loaf around the house and drive his wife crazy if he retired.

His team’s research is also still making strides, and he just submitted a paper to the Materials journal, which details a finding his team discovered in 2012 beats an overheating problem.

That, Weinstein said, has held back work on superconducting permanent magnets for 13 years.

“This year my research team set a world record for superconducting permanent magnets capable of being used in real applications,” Weinstein said. “One company in the USA and one in China are now designing a new class of motors based entirely upon our findings.  If these motors work as expected they will be more powerful, smaller and less costly than the Tesla motor.”

Zaretsky did not form his opinion about a mandatory retirement age over night, he said. It was just something he came to notice with his colleagues at UH and at other schools. He has also noticed that, in some cases, tenure can be misused.

“The reasons for tenure are good,” Zaretsky said. “But, they’re easily prone to abuse especially when a mandatory retirement age doesn’t exist.”

Students often seem to prefer younger professors to older ones because they believe the professor understands what it was like to be a student and is more relatable that way.

Mechanical engineering freshman Nick Touch said he prefers young professors in the classroom than compared to older ones.

“They were just in our shoes so they kind of relate to how much stress we go through and try to make it less stressful,” said mechanical engineering freshman Nick Touch. “They work on our level instead of going overboard.”

At the end of his op-ed, Zaretsky  briefly mentions that older professors need to find a way to retire while also sharing their knowledge. The Voluntary Modification of Employment is a program offered by UH that allows just that, according to the Faculty Handbook.. The program allows professors to negotiate how often they work and more.

Zaretsky is turning 65 next year, according to the op-ed. But, he says he will follow his own advice.