All you need to know about Shasta’s history 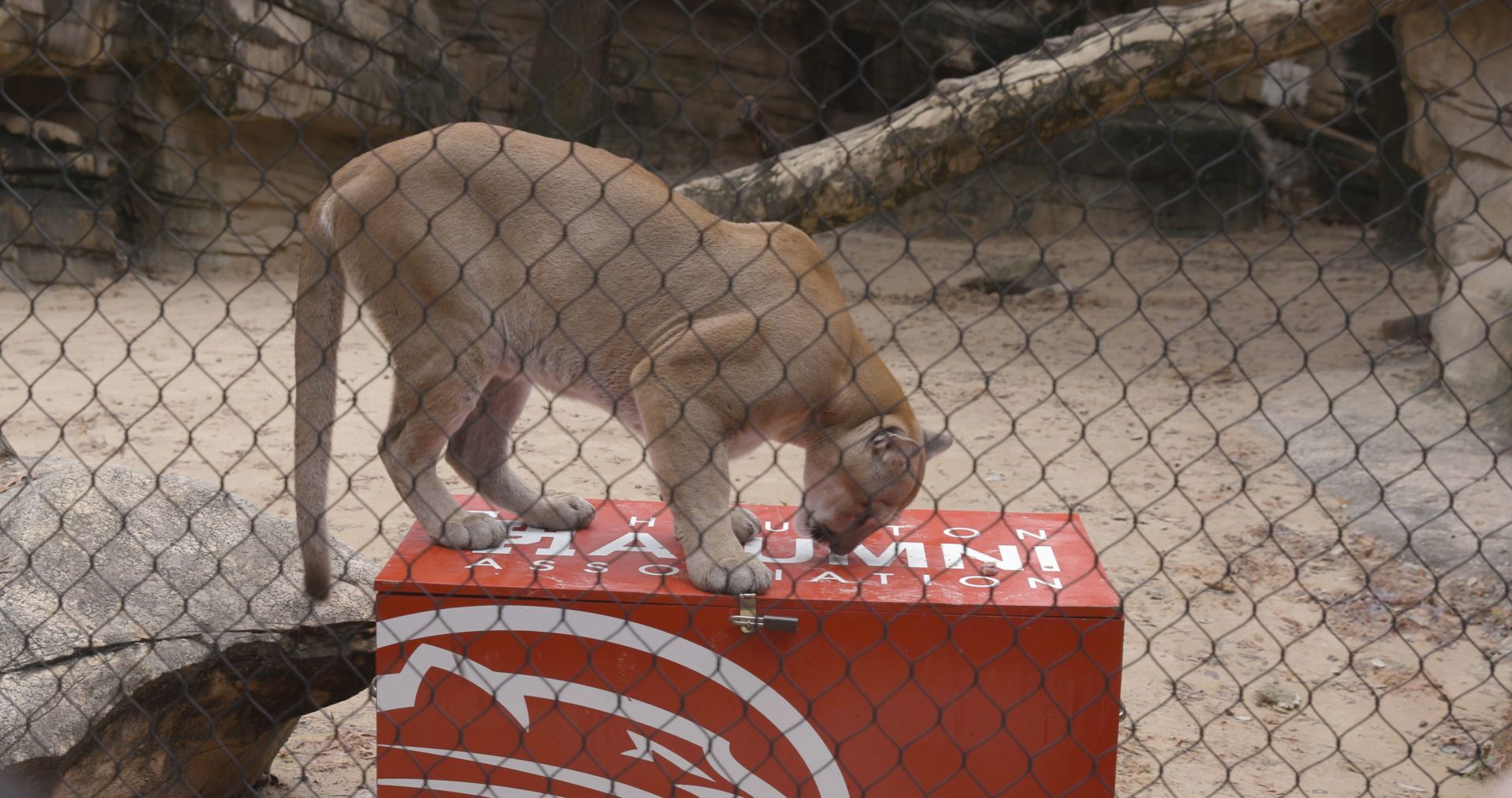 Shasta’s birthday month is coming to an end. | File photo

As Shasta VI celebrates his eighth birthday this September, a look into the history of the University of Houston’s wildest tradition shows the influence the fierce feline mascot has had.

Shasta, UH’s cougar mascot, has been a symbol of the University since 1947, when a mountain lion was purchased from Mexico by members of the Alpha Phi Omega fraternity. The fraternity held a “Name the Mascot” competition, and student Joe Randol won with the entry “Shasta.”

A group of students known as the Cougar Guard was formed to care for Shasta, and she was brought to football games to help pump up students and fans.

UH’s school history became intertwined with its tradition of Shasta. In 1953, Shasta I was injured on her way to a football game in Austin. Her toe became caught in a cage door and was severed.

University of Texas students caught wind of the cat’s wound and imitated it by folding their thumbs over their ring fingers in order to take a jab at the Cougars, who lost the game 28-7. After later, more successful matches against the Longhorns, UH football fans embraced the hand gesture as a sign of school pride.

Between 1947 and 1989, five live female cougars held the position of UH’s mascot.

After Shasta V’s death in 1989, UH decided not to adopt a new live mascot, opting instead for costumed students to carry on the tradition of Shasta on game day in place of the live cougars, a custom that has persisted to this day.

The University continued on without a live mascot, with students debating over the pros and cons of adopting a new cougar.

In 2011, the Houston Zoo took in an orphaned cougar cub whose mother had been illegally shot and killed in Washington state. Within a few months, the UH Alumni Association and the Houston Zoo entered a partnership, and in 2012, the cub became known as Shasta VI.

Shasta VI became the University’s first live mascot since 1989 as well as the first live male cougar mascot. Shasta VI lives at the Houston Zoo, which UH students can visit for free. Before the biannual ring ceremonies, class rings spend the night in the cougar habitat with Shasta.

Students, alumni and Houstonians can contribute to Shasta’s care by texting “Shasta” to 71777  to donate $8 for Shasta’s birthday.