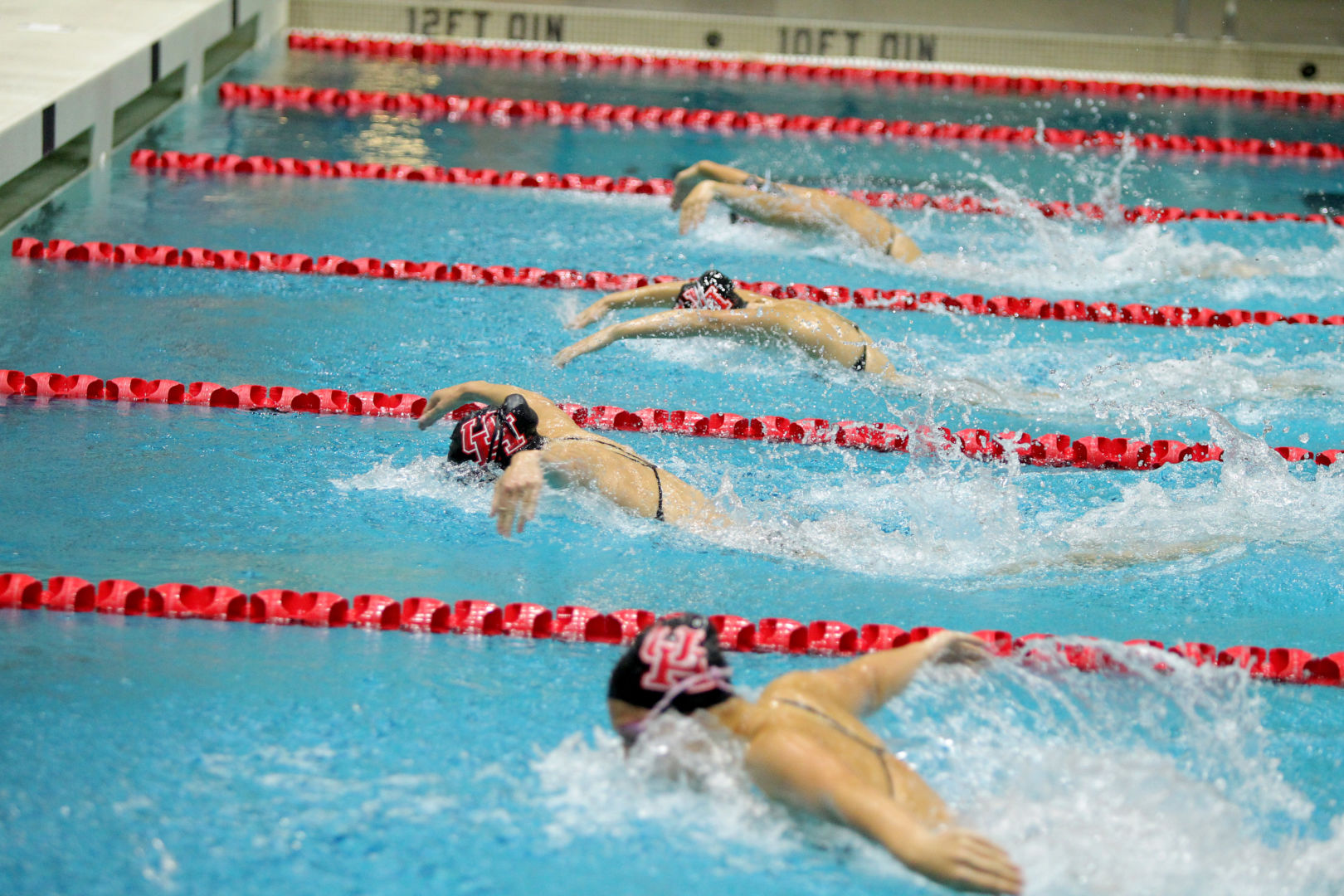 The Cougars outscored the Green Wave 183-117 in Thursday morning’s meet between the two. | File photo

Houston continued its winning ways against Tulane after the Cougars won its second-straight meet Thursday morning at the Campus Recreation and Wellness Center Natatorium.

The Cougars, who defeated the Incarnate Word Cardinals and the UT-Permian Basin Falcons in San Antonio on Sept. 27 in a dominant performance, were praised by head coach Ryan Wochomurka after the meet.

“We raced hard today,” Wochomurka said, “and it sure is nice to be racing at home.”

Wochomurka commended the Cougars’ performance at the meet, but admits that there is room for improvement.

“Our effort and attitude was fantastic,” Wochomurka said. “We have a lot of areas that showed a need for improvement in technical execution, and this is the time of the year to really zero in on those.”

Houston’s head coach gave encouraging words to the team following the meet and said the success will show come spring when the NCAA Championships and American Athletic Conference Championships roll around.

“If we continue to display the attitude and effort we showed today as we move forward,” Wochomurka said,  “we will see some exciting things in February and March.”

The Cougars will see action again Oct. 11-12 as the swimmers head to Rice for the Rice Invitational and the divers remain at the CRWC for the Houston Diving Invitational.