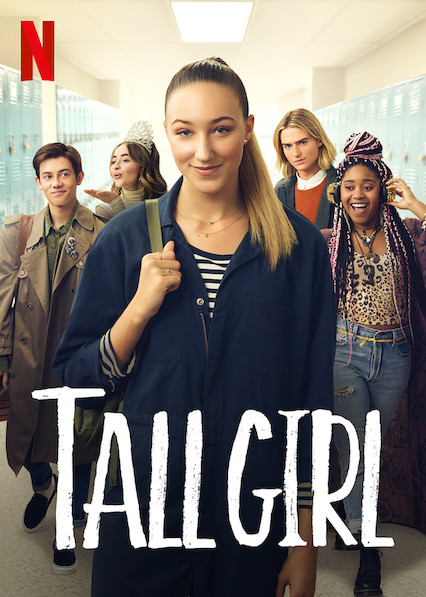 “Tall Girl” was not well received by viewers, and the story does not live up to its potential. | Courtesy of Netflix

Netflix’s “Tall Girl” is a film about a 6’1″ high school girl, Jodi, who struggles with being tall and finding love. The movie has many problems. A character who romantically pursues Jodi, despite her saying no multiple times, is rewarded for his creepy behavior in the end. Jodi’s sister Harper starves herself and tries to fit in a dress that is three sizes too small, which is played for laughs.

These regressive tropes send harmful messages: pursuing a girl after she says no is OK, and starving yourself is normal. These tropes decrease its quality, but they aren’t even the worst thing about this movie.

The worst thing about “Tall Girl” is it refuses to recognize Jodi’s privilege, making for a completely socially unaware film.

Jodi is bullied for being tall so much that nearly every interaction she has with someone outside her friends and family involves someone insulting her height. This has no subtlety and seems comical, but it’s overall not totally the worst. After all, the point of the movie is that Jodi’s height keeps her from fitting into societal beauty standards, so the outright portrayal of bullying isn’t too terrible.

What is terrible is the movie never acknowledges the fact that, while Jodi is tall, she’s also white, wealthy and lives in New Orleans, a city dealing with systemic racism in its gentrification of black communities and police brutality.

This isn’t to say Jodi’s issues are not valid, but the movie has themes of prejudice and discrimination yet doesn’t recognize the actual oppression of minority groups in New Orleans. This makes the movie feel very unaware.

Having a line like “You think your life is hard? I’m a high school junior wearing size 13 Nikes” but not recognizing any other issue makes Jodi’s struggle appear to be the only struggle, which, of course, isn’t true.

While not all entertainment needs to comment on systematic oppression, stories seemingly about discrimination, especially ones set in places with well-known histories of oppression, cannot ignore these issues.

Acknowledging a character’s privilege has been done before. In the movie “Love, Simon,” the main character, a gay kid whose family is accepting, talks to another gay kid. This other kid tells Simon about how his family doesn’t accept him. This doesn’t downplay Simon’s own queer struggle but rather shows that Simon’s isn’t the only struggle.

If “Tall Girl” did this, it would recognize Jodi’s issues as a part of a larger world that Jodi is not necessarily the center of. She’s bullied for being tall, but she’s not held down by racial socioeconomic barriers like some people in her area are.

This is why “Tall Girl” needed to recognize Jodi’s privilege. Not acknowledging prejudice against minorities in a story about prejudice against tall girls makes it seem as though the real oppression against minorities doesn’t exist. It’s as though the only struggle is high school bullying, which isn’t true, and art should strive to tell the truth.

While “Tall Girl” had the potential to be a cute romantic-comedy about accepting yourself, its willful ignorance of privilege and the real world makes it tone deaf. Tall girls deserve better.