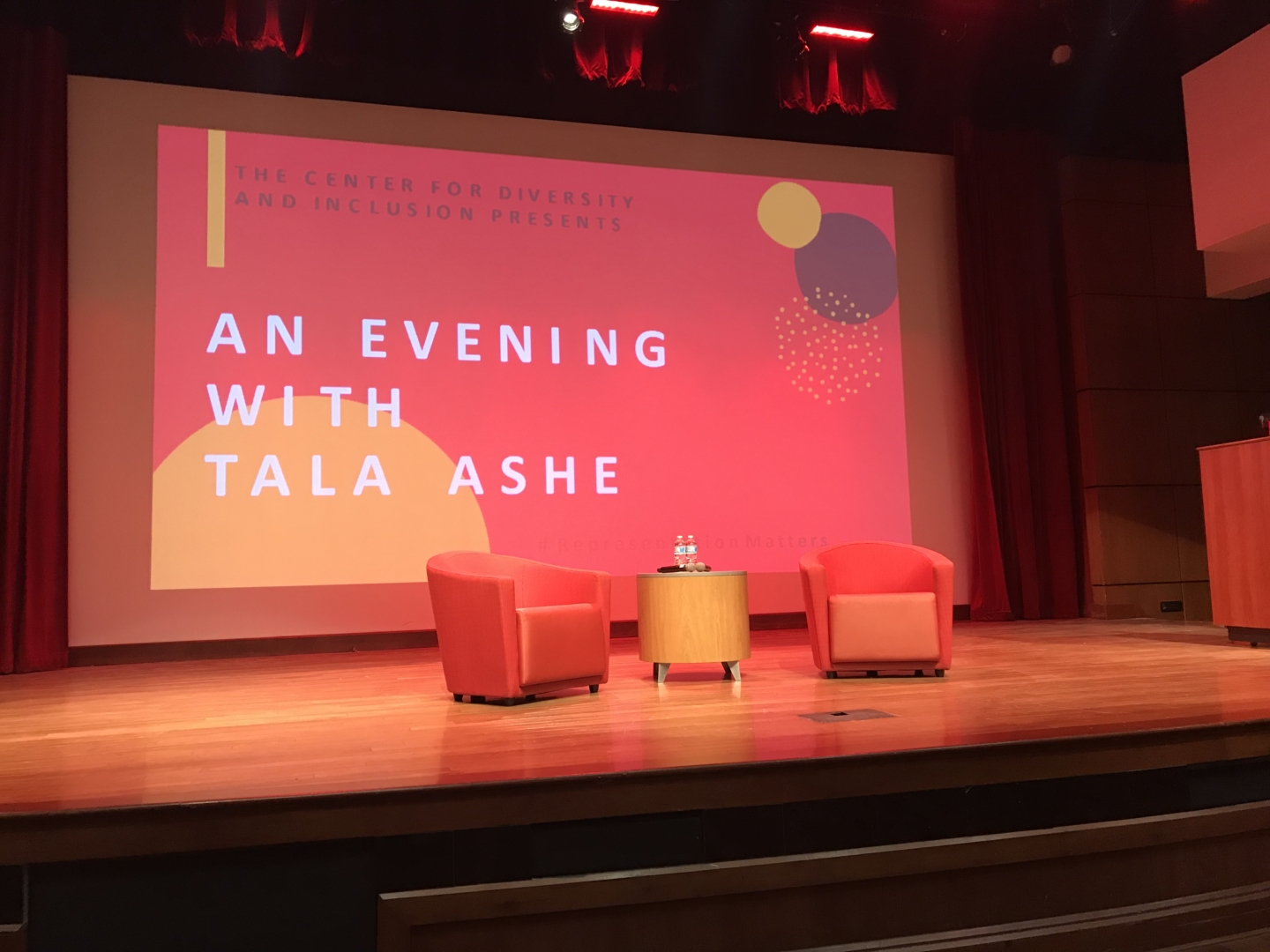 Tala Ashe from The CW’s “DC’s Legends of Tomorrow” paid a visit to the University on Thursday as a guest speaker for the fifth anniversary of the Center for Diversity and Inclusion to talk about representation.

Ashe came to discuss her experience playing the first Muslim American superhero on television and why diversity representation in TV and film matters.

“This is so important, and this is one of the things I care most about, and it’s the most moving thing to me when people reach out from all over the world and they say that very powerful thing of ‘I saw you, and I’ve never seen myself represented,’” Ashe said. “If you see it, you can be it.”

The event was moderated by Diversity Education Program Manager Nyocia Edwards who asked Ashe questions ranging from her early life to what diversity means to her. Ashe made history as the CDI’s first Muslim speaker brought on campus.

“We try to get different speakers that educate, empower and engage our faculty and staff,” said Keith Kowalka, assistant vice president of student affairs.

Ashe was born in Iran, raised in Ohio and got her BFA at Boston University. The actress said she had high expectations for herself as a immigrant, and she worked hard to make her dreams a reality.

“I didn’t have parents that pressured me too much, but the grade thing was a thing,” Ashe said about her experience going to acting school. “It made me feel like I was earning my place and that their sacrifice was worth it versus learning for learning’s sake.”

Her character Zari Tomaz on ‘DC’s Legends of Tomorrow’ was introduced in the show’s third season. Tomaz possesses wind powers from a totem necklace she wears.

“It wasn’t my first superpower pick, I have to be honest, but it is fun air-bending,” Ashe said. “It’s a weird, wonderful job.”

As an Iranian American, Ashe said she is more particular on the roles she accepts and how they are representing a culture or a person.

One of Ashe’s main sentiments was why it’s important for Muslim Americans to be able see a superhero character like themselves on television.

“Being the first anything is important, and it’s a challenge,” Ashe responded. “Specifically in this moment in American history, I understood the weight, because the rhetoric around Islam specifically has been problematic in the last decade, but even before then.”