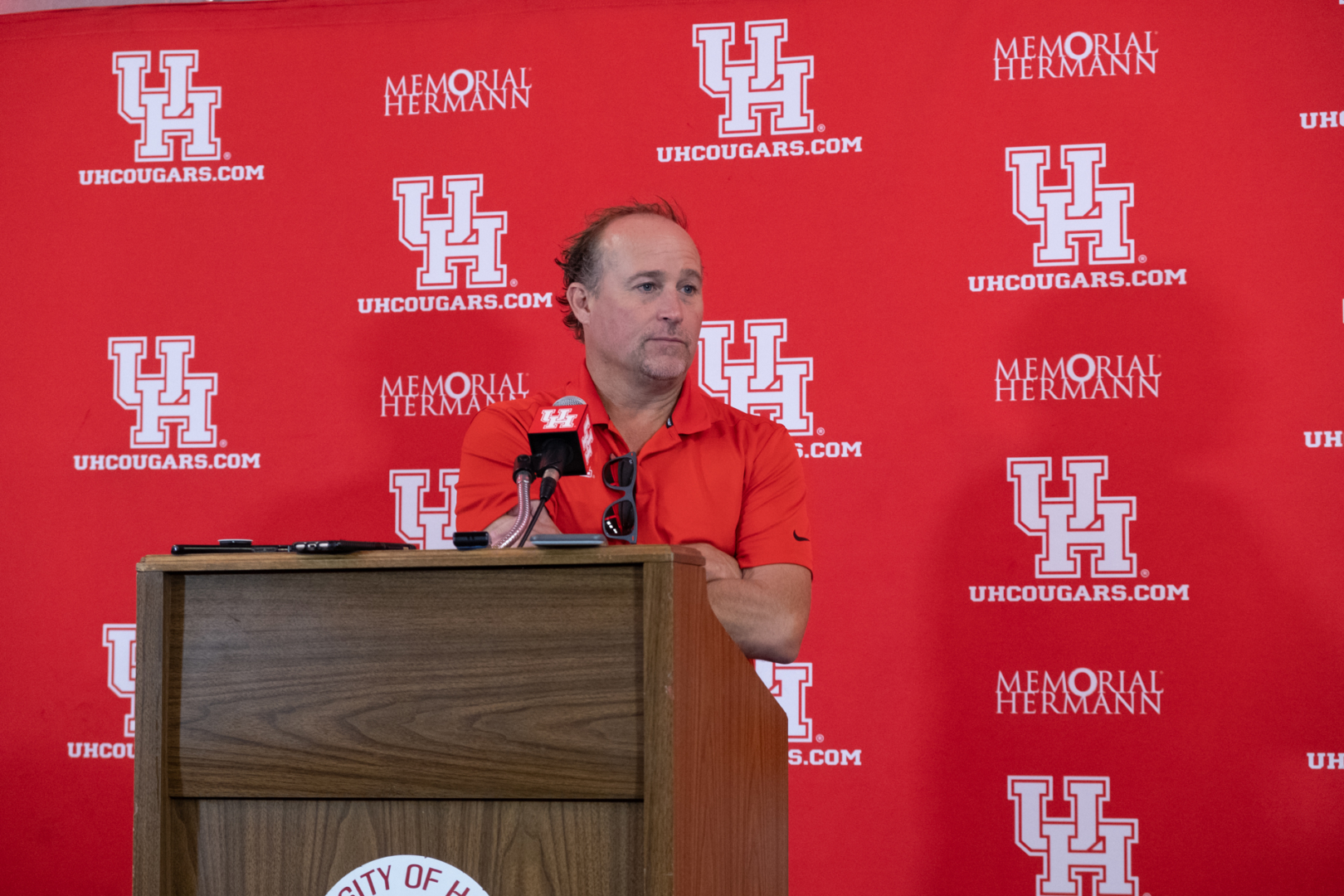 Houston’s 3-7 record is not ideal. Not for the highest-paid Group of Five coach or the lowest-paid one.

For head coach Dana Holgorsen — who fits in the former category — the record is not a prideful one, no matter the gauntlet schedule, redshirts, injuries or a so-called culture shift. Holgorsen won’t roll over, regardless of whether the remaining two weeks of play — at Tulsa and against Navy at home— are meaningless for a team with bowl aspirations in every season of play.

“I have never lined up with anything in life and not tried to win,” Holgorsen said on Monday. “I think our team needs to have some pride about themselves when it comes to that.”

The Cougars are in their worst season since 2012, when they were in a different, less-feared Conference USA.

However, there is light at the end of a dark tunnel.

Holgorsen’s 3-7 team is developing. Losing can dictate who is truly in or out. An abundance of promising transfers and recruits are waiting in the wings. Lastly, the galore of redshirts will be back in 2020.

“It is still about developing as coaches and as football players and continuing to improve on our schemes,” Holgorsen said. “Our commitment level to the University of Houston has never been stronger. Myself and the coaches and whatever players want to be a part of this program moving forward better have some pride about themselves and practice and continue to play at a very high level.”

UH is planning on the re-arrival of a dynamic duo of redshirt seniors, D’Eriq King and Keith Corbin.

King, a dual-threat quarterback who scored 50 total touchdowns as a junior, redshirted after four games of 2019 play.

Corbin, a 6-foot-1-inch wideout who led the Cougars in receiving touchdowns with 10 in 2018, joined him.

Holgorsen’s rebuilding offense lacks the explosive-yet-decisive playmaking of King and the red zone presence of Corbin. Barring an unforeseen change of circumstances, both are primed to start in 2020.

A leaky Cougars defense will benefit from a promising transfer class eligible to play in 2020.

Anoma — the No. 4 recruit in the 2018 class — highlights Houston’s incoming transfer class.

Coming out of St. Frances Academy in Baltimore, Anoma won the hearts of recruiters from the SEC, Big Ten, Big 12 and every conference imaginable for his speed and explosiveness off the edge.

In theory, he will give the Cougars a much-needed pass-rush presence.

Rebounding from an embarrassing season is not for the weak. The future is bright. However, it’s only bright for those who want to see it and work for it.

“Whoever is going to be a part of that needs to have that kind of mindset, period,” Holgorsen said.