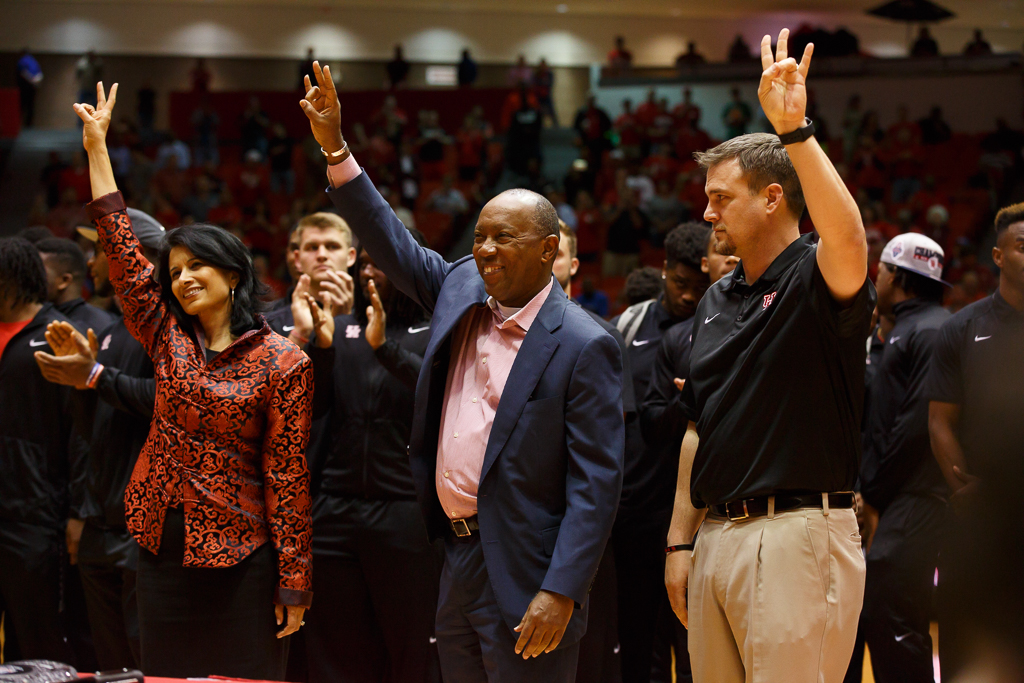 Following Mayor Sylvester Turner’s re-election, Houstonians can expect to see some of his new initiatives like the expansion of public transportation. Another upcoming mayoral project is the creation of ION, a hub for innovation that aims to create high-paying tech jobs in the Houston area. | File Photo

Houston City Council added seven new members on Jan. 2 to the round table, along with re-electing Mayor Sylvester Turner for the next four years.

Turner’s re-election and alongside the newly-elected council members will bring changes to Houston, with some that may affect the University of Houston and its students. In his inauguration speech, the mayor focused his initiatives on road improvement, affordable housing and ongoing efforts towards the development of Silicon Bayou.

“I believe that is a good start and continuing that will only lead to better results,” said political science senior, Wande Oduwole. “As UH has a large percentage of commuters, road improvements will only better that experience.”

Turner’s first four years targeted pothole recovery in which he implemented the public works service ‘311’.  The goal was to respond to calls within 24 hours and fill each pothole reported. As a result, public works filled more than 250,000 potholes.

“But in many cases, it’s not just about potholes,” Turner said. “The streets are in bad condition and need panel replacements or need to be totally repaved.”

The mayor has asked Houston Public Works to present him with a systematic plan that identifies streets in need of rehabilitation, a funding source and an estimated timeline for work to commence.

Turner would also like to expand transportation opportunities for the city of Houston.

“The passage of MetroNEXT will also help us design and construct a city that is more pedestrian-friendly and provide more transit options for people to move thoroughly throughout the city and entire metro region,” Turner said.

Aside from MetroNEXT, Texas Central, a private company, plans to break ground soon on a high-speed train from Dallas to Houston. UH students said that the idea is great, but they felt it’s not exactly what Houston currently needs.

“The thing is I feel like there is nothing to do in Dallas,” said industrial engineering junior Karla Grimas.

Other students said they felt that mass transportation is not a popular option, so the high-speed train might not be something that captivates Houstonians.

Over the past four years, Turner has encouraged companies to create more job opportunities for Houstonians to transform the area into Silicon Bayou. The mayor is continuing this work with the creation of ION, a hub for innovative entrepreneurs and corporations.

ION will attract and create high-paying tech jobs so that students can stay and work in their Houston communities. Corporations will come together to solve some of Houston’s biggest problems, such as traffic mitigation, water-waste management, students’ safety on college campuses and climate change.

“Twelve months from now, the ION will open as a center for innovation, research, investment, and workforce development and as the heart of a sixteen-acre innovation district,” Turner said.

Some UH students said they’re anticipating Turner’s plans for ‘Astroworld 2.0’.  The mayor has partnered with famous rapper Travis Scott, originally from the Houston area, to break development on rebuilding the amusement park that many Houstonians held very near and dear to the city.

“Astroworld has a deep connection with Houstonians, and the revival of those memories is sure to bring an economic boom as well as entertainment for the city,” Oduwole said.

“I enjoy going to San Antonio for Six Flags, so if we had something similar, it would be really neat,” Elshahawi said.

CORRECTION: A previous version of this story stated the high-speed train from Dallas to Houston was a Metro project. It is not. The project is by Texas Central, a private company. It also included quotes from students related to this incorrect connection that have been removed.