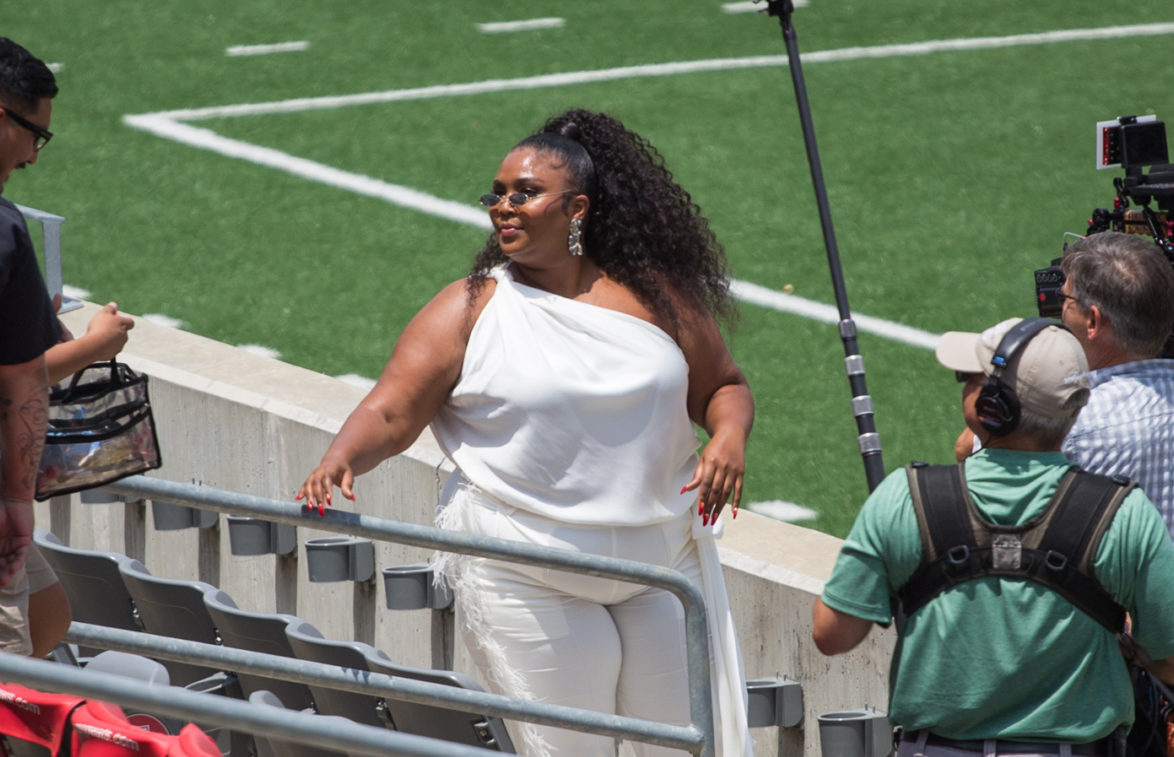 Lizzo attended a Spirit of Houston performance in August 2019, once a member of the organization herself. The setlist for the performance included an arrangement of some of her songs. | Trevor Nolley/The Cougar

During her time at the University, Lizzo was in the Spirit of Houston’s Cougar Marching Band as a piccolo player. Her experience in music at UH expanded into her education as she majored in classical flute.

Some current Spirit of Houston members are happy to see Lizzo’s success after leaving the University, including Kenneth Rivera, a finance junior involved in Spirit of Houston as a spirit leader and a social media manager.

“Well we’re pretty excited,” Rivera said. “It’s kind of cool to say that our organization has Grammy winners coming out of it.”

“I don’t know that it’ll impact energy, because we’re mostly about just supporting the team and always being spirited,” Rivera said, “but it’ll be a little fun fact to add to our recruitment stuff.”

Other alumni winning Grammy Awards this year included Gabriel Preisser for Best Opera Recording for his work with “Fantastic Mr. Fox” and Cecilia Duarte in the Best Classical Choral Performance  for her involvement in “Duruflé: Complete Choral Works” with the Houston Chamber Choir.

Having three former students win Grammy Awards this cycle is a point of pride for some students and something they believe reflects positively on the University.