SGA vice presidential candidates to face off in Tuesday debate 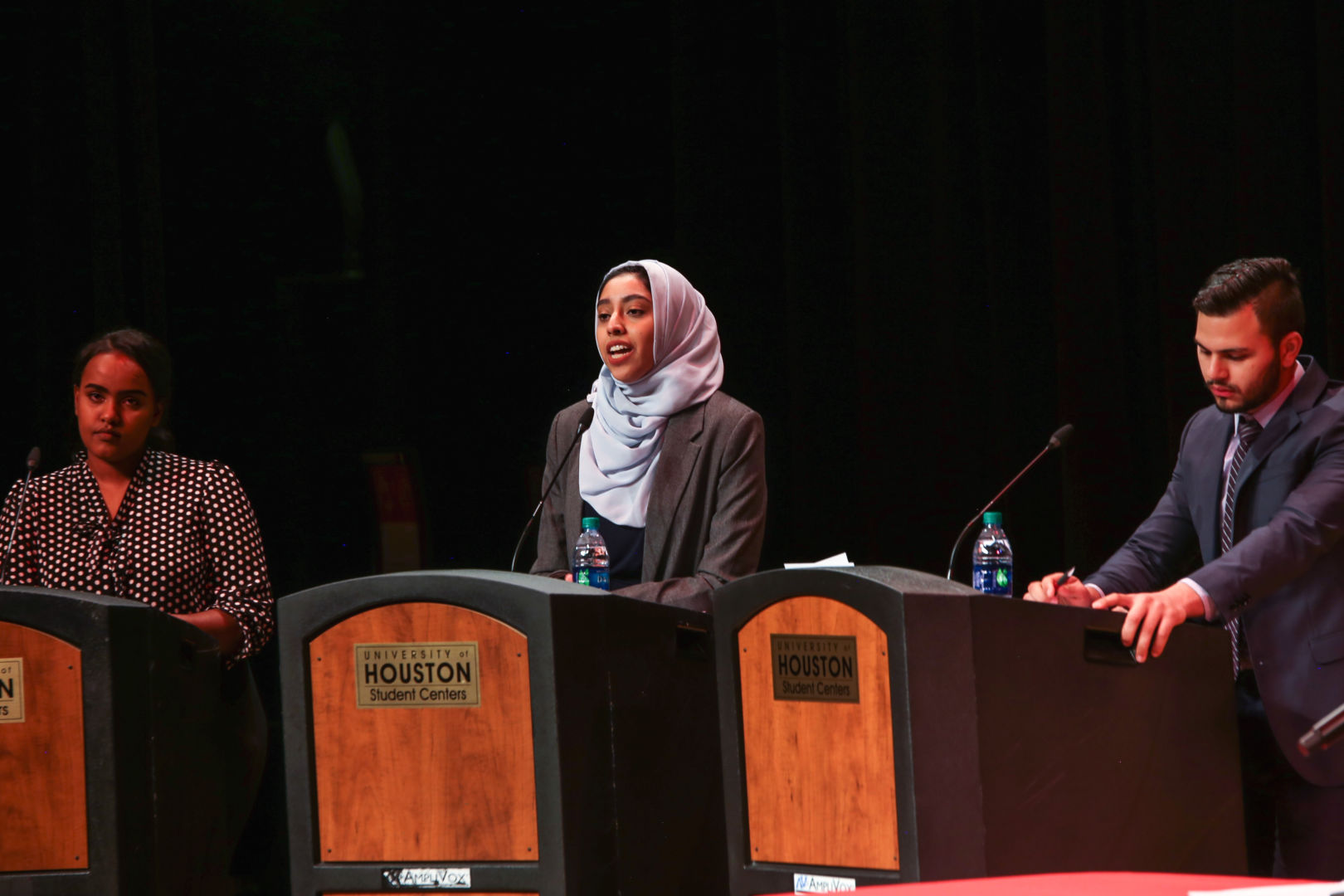 Update: This debate has been canceled, according to the SGA chief election commissioner.

Original: The two SGA vice presidential candidates will go head-to-head at 7 p.m. Tuesday in the Student Center Theater to discuss their qualifications and plans for the organization’s number two position.

The debate will be hosted and moderated by The Cougar in partnership with the SGA Election Commission. The two students running for vice president of the 57th administration and the parties they represent are Wassem Sarakbi with the #ForTheStudents party and Matthew Lair with the Students Unite party.

This debate will have a few phases. First, candidates will introduce themselves and receive preliminary questions from The Cougar. If another candidate is mentioned by name, they will have a minute to respond.

The SGA presidential candidates on Feb. 18 will face off in their debate from 7 p.m. to 9 p.m. in the Student Center Theater as well.

Students who can’t make it to the debate can stay informed on Twitter by following @TheDailyCougar, which will be live-tweeting the event.