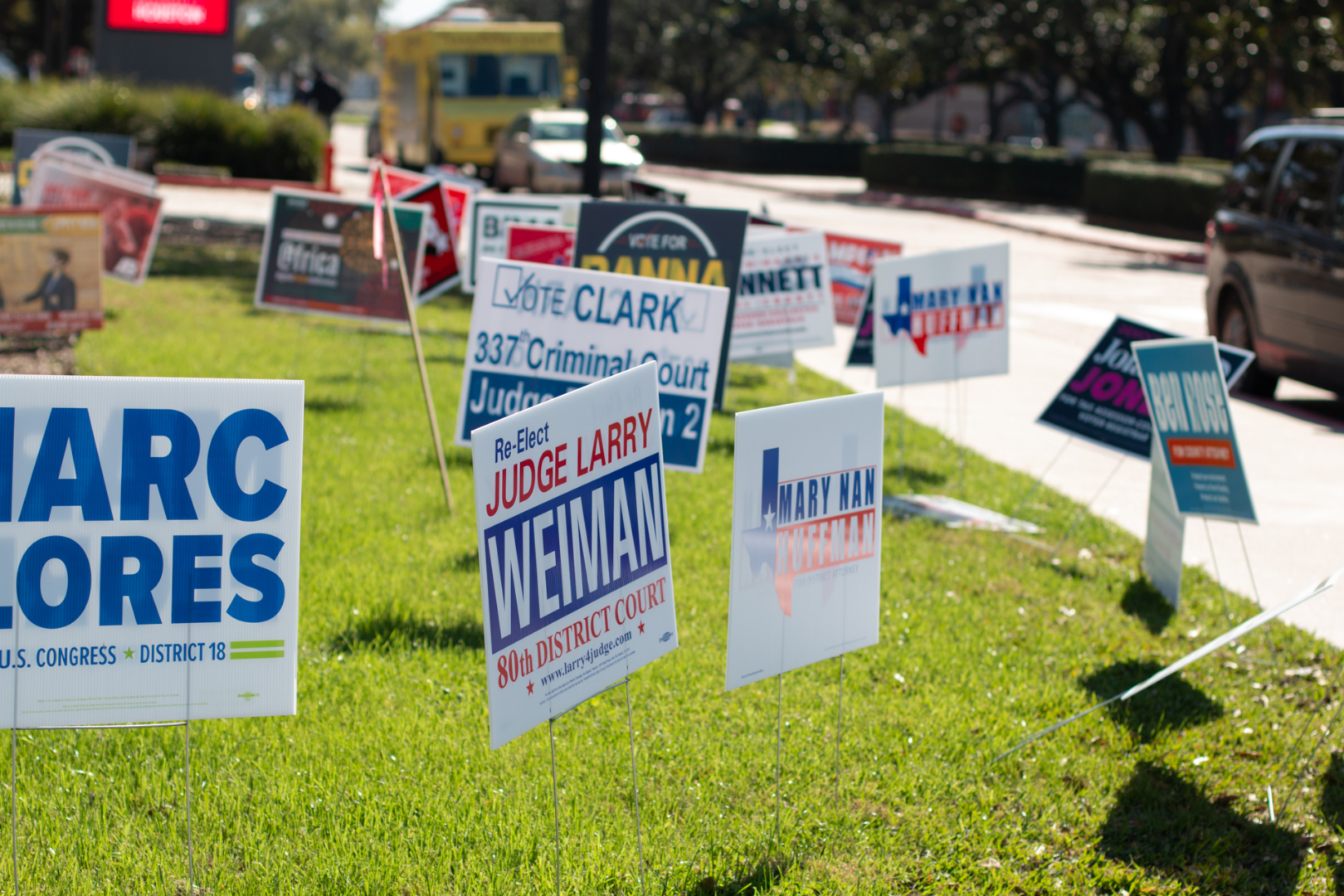 Students can vote on campus at the Hilton through Friday. | Kathryn Lenihan/The Cougar

It is our civic duty to vote and engage in our system of government. We must be politically aware and active if we seek any changes in our government, or even here at UH, because voting now will impact the nation for generations to come.

There should be more emphasis on the real power we, as students, have with our votes.

This semester, many of my professors have spoken about voting. Although college-aged people are typically more radical in their beliefs, I have seen quite a few of my peers believe there is no real obligation to vote.

Whether it’s in classes or in conversation, we’re seeing the primary and presidential election come up more around campus, especially with Texas voting on March 3.

The power to stimulate change is in our hands.

Over 53 percent of the voting-age population, or 41.4 percent of the total population, participated in the 2018 midterms. This is the highest rate of turnout in a midterm election since 1914 and is comparable to both the 2012 and 2016 presidential elections.

Voter turnout among people attending college nearly doubled in 2018. Our votes made up nearly 21 percent of the ballots. This proves our votes to have a great impact on local, state and federal governments. In a 2018 interview with Stephen Colbert, former congressman Beto O’Rourke said young voter turnout in Texas went up by about 500 percent compared to 2014.

PolitiFact confirmed the statement, which proves young people are becoming more invested in elections. The increase in young people voting brings attention to issues that affect us like healthcare, housing prices and student loans.

However, it’ll take more initiative to continue increasing voter turnout in Texas for the upcoming elections.

The state has passed new legislation limiting accessible voting for people across the state. We have the opportunity to vote on campus. This means we need to put more effort into getting the community to participate in the election, so we can get the change we want as a generation

Early voting ends on Feb. 28 and on-campus voting for Harris County residents will be in the Hilton. The primary election day is March 3, which is also the last day for mail-in voting.

We have the privilege to be at a university with a polling station on campus. We have a responsibility to ourselves and our community to participate in changing the world around us.