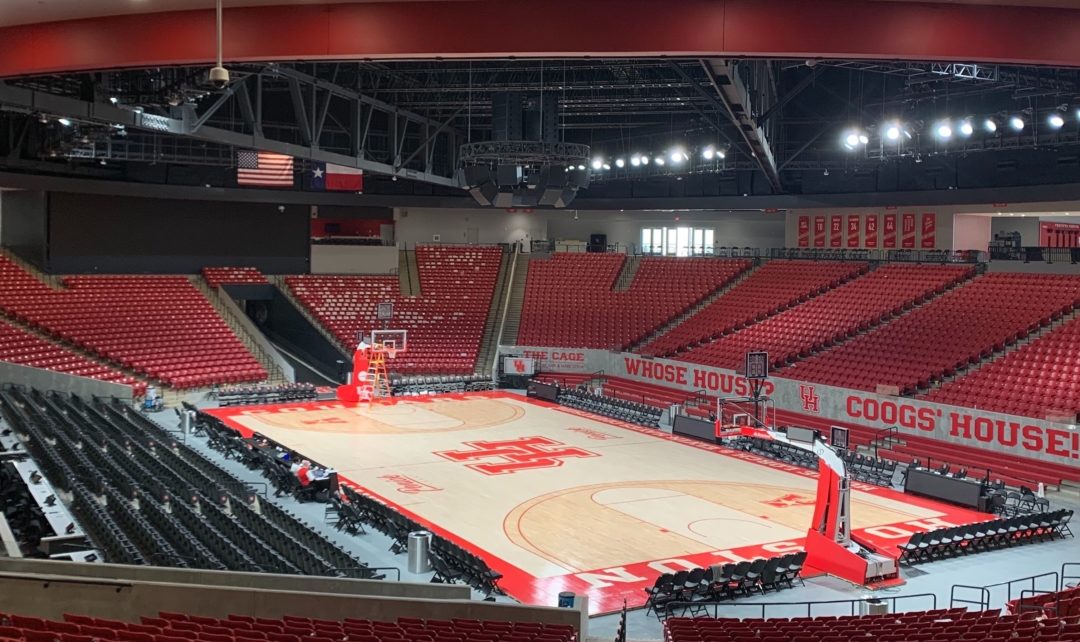 An empty Fertitta Center after Houston’s win over Memphis last Sunday. The Cougars will play their March Madness games in similar conditions after the NCAA decided to restrict attendance at championship events. | Jhair Romero/The Cougar

Update 8:04 p.m.: The American Athletic Conference announced Tuesday it will take similar measures for the AAC Tournament beginning Thursday in Fort Worth.

The Cougars, who are the No. 2 seed with a first round bye, play their first game of the tournament Friday evening against either the No. 10 Temple Owls or No. 7 SMU Mustangs.

Original: With Selection Sunday still days away and its spot in the NCAA Tournament still up in the air, only one thing is for sure when Houston takes the court during March Madness — only essential staff and limited numbers of family will be in attendance.

NCAA President Mark Emmert announced Wednesday attendance across all NCAA championship events, including the Houston regional at Toyota Center, will be restricted in the wake of the coronavirus pandemic.

Emmert says in the statement he met with the NCAA Board of Governors, which includes President Renu Khator, and came to the decision “in the best interest of public health.”

The Cougars are projected to be a 7 or 8 seed in the tournament, landing in regionals ranging from St. Louis, where only one COVID-19 case has been confirmed, to Spokane, Washington, in a state that has been a hot spot for the virus.