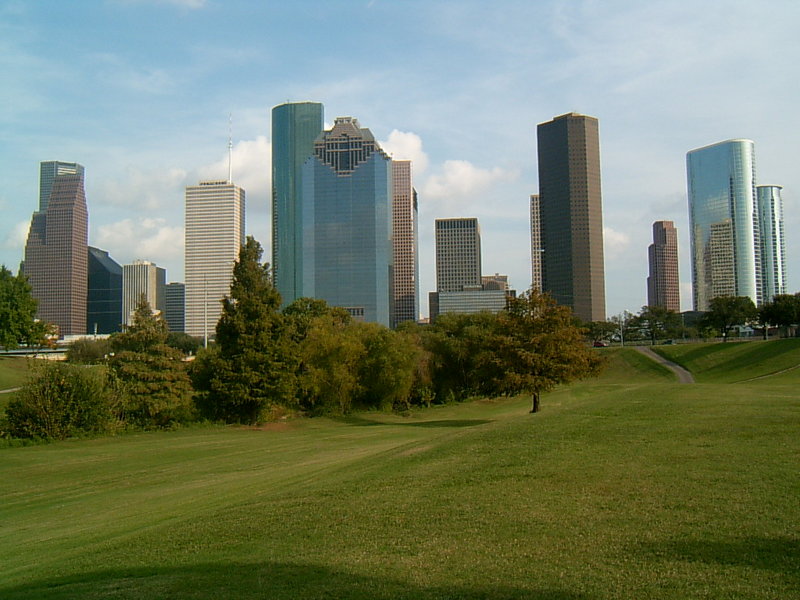 Houston will face a recession and lose up to 44,000 jobs by 2020’s end, according to forecasts, because of the coronavirus pandemic and falling oil prices. | Courtesy of Urban~commonswiki via Wikimedia Commons

The coronavirus outbreak and the subsequent social distancing measures, according to the Institute for Regional Forecasting at C. T. Bauer College of Business, could lead to a recession in the local economy, potentially wiping out 44,000 jobs by the end of 2020.

The forecast, from economist and IRF director Bill Gilmer, says a combination of the pandemic and low oil prices as a result of the price war between Russia and Saudi Arabia could spell out a moderate downturn in the Houston economy.

As social distancing becomes the norm to flatten the curve of new virus cases, with Harris County Judge Lina Hidalgo going as far as to issue a “Stay Home, Work Safe” order, a longer shutdown could mean a significant setback to the Houston-area economy.

“Either the virus has a moderate impact on the local area, which would mean the loss of all our employment growth for this year …” Gilmer said, “or if this becomes really serious such as past epidemics, we’re looking potentially at the loss of 44,000 jobs by the end of the year.”

For some graduating seniors, anxious about where their future lies, worry has settled in about entering a rattled job market.

“I’m pretty worried about how it’s going to turn out.” said industrial engineering senior John Vasek. “I was hoping the next recession would wait until after I graduated, but now I’m worried that I might lose my offer.”

Vasek was offered a position at a major energy and utility supplier but hasn’t heard anything since the outbreak.

“Some of my classmates were having difficulty finding an offer, but this only makes things worse,” Vasek said.

The engineering industry isn’t the only one hit hard by the pandemic. Hotel and restaurant management senior Amara Shaikh said her job offer made in November was postponed possibly until 2021, depending on how the industry recovers.

“The economic downturn is sort of a double-edged sword,” Shaikh said. “On one hand if travel and tourism come to a complete halt that would be absolutely terrible for the hospitality industry, but at the same time it would be best so the spread of the virus could be significantly reduced.”

The economic downturn already has students creating contingency plans. Shaikh plans to apply to other areas of hospitality that were not as affected, and she is starting to explore avenues to enter graduate school if her offer falls through.

“It’s definitely unfortunate to be graduating in a potential recession, but at the same time, I have no idea how things are going to end up,” Shaikh said. “The economy could completely recover, or it may not.”

Vasek plans to stay as an intern at a software company in the oil and gas sector until he finds a full-time position, but if his internship falls through, he’ll have to break his lease and move in with his girlfriend.

Despite the stormy economic outlook, Gilmer remains optimistic that this most likely will have the effect of extraordinary one-time events like a natural disaster rather than a financial-economic recession.

“It’s going to be a scary and bumpy ride, but it should be a quick comeback,” he said. “This is a very specific non-economic reason this is happening. Once the virus is under control, we should expect renewed growth.”