‘We lost somebody from our community’: Kelvin Sampson, Cougars honor George Floyd at viewing 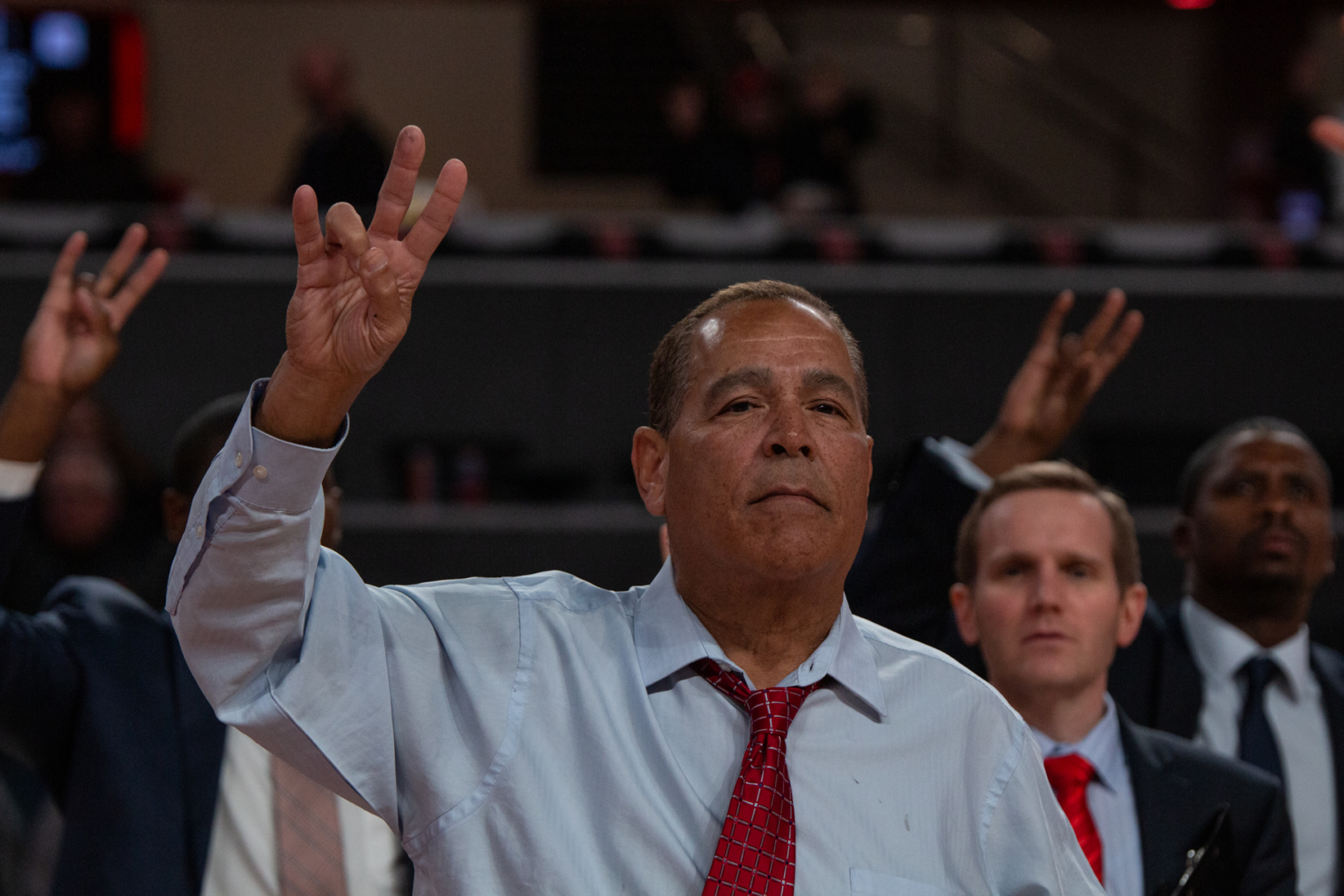 Head coach Kelvin Sampson on the death of George Floyd: “It’s caused every American to take an inventory of themselves. It’s forced us to answer some questions we don’t like talking about.” | Kathryn Lenihan/The Cougar

As the entire world grieves and rallies around the death of George Floyd, the city of Houston, where the 46-year-old was raised, came together again on Monday afternoon to honor his life one final time, which included the University’s men’s basketball team.

“Let’s remember, don’t lose sight of the fact that a family lost a son, lost a brother, lost a father, lost a relative,” said head coach Kelvin Sampson shortly before the team departed to The Fountain of Praise church for Floyd’s public visitation. “We lost somebody from our community. A family is grieving. That’s one of the main reasons I wanted our kids to go and pay respects today.”

When the video of former Minnesota police officer Derek Chauvin kneeling on Floyd’s neck first came out to the public, Sampson immediately sent a text out to the team and asked everyone what their thoughts about it were and gave them a platform to express their emotions.

Many of the players took the opportunity to share their own personal stories and feelings, Sampson said, like redshirt sophomore guard Cameron Tyson, who sent the head coach a long, heartfelt text message about the situation.

“It was just good getting things off our chest to coach Sampson and him understanding it,” incoming senior forward Justin Gorham told Fox 26.

Sampson’s perspective growing up in the South during the civil rights movement in the ‘60s and ‘70s has also been a help to educate the players during this time.

Sampson’s stories of riots in the ’60s have given Gorham a perspective on the issues that have been prevalent in the United States for a long time.

“It was very eye-opening and very sad seeing the body of George Floyd,” Gorham said. “We just came out here to support the cause, support the movement because a lot of things in the world need to change.”

For the Pembroke, North Carolina, native head coach, the mobilization by people across the country and in other parts of the world to call out the racial injustices that have long been an issue has given him hope for change.

“What this has done though is awakened a world,” Sampson said. “I’m old enough to remember the race riots of the ‘60s. The thing I remember about them and the Rodney King ordeal is that that was black people. That’s what you saw. Black people rioting against systemic racism. Now if you (turn on the news) you see people in Germany, people in London, people all over the world holding up signs: ‘Black Lives Matter.'”

Sampson believes the momentum that Floyd’s death has caused is a golden chance to make real progress.

It starts with everybody, the head coach said. People cannot be silent, he added; even if they do not support racism, that is not enough.

“You’re either non-racist or anti-racism,” Sampson said. “If we want to eradicate racism then we got to get people to stop thinking terms of racial injustices and understand what that is.”

For junior guard Quentin Grimes, the goal has been clear.

“The big message has been just love each other really,” junior guard Quentin Grimes told ABC 13. “No matter black, white, the race doesn’t matter, you got to … respect everybody for who they are and love everybody.”