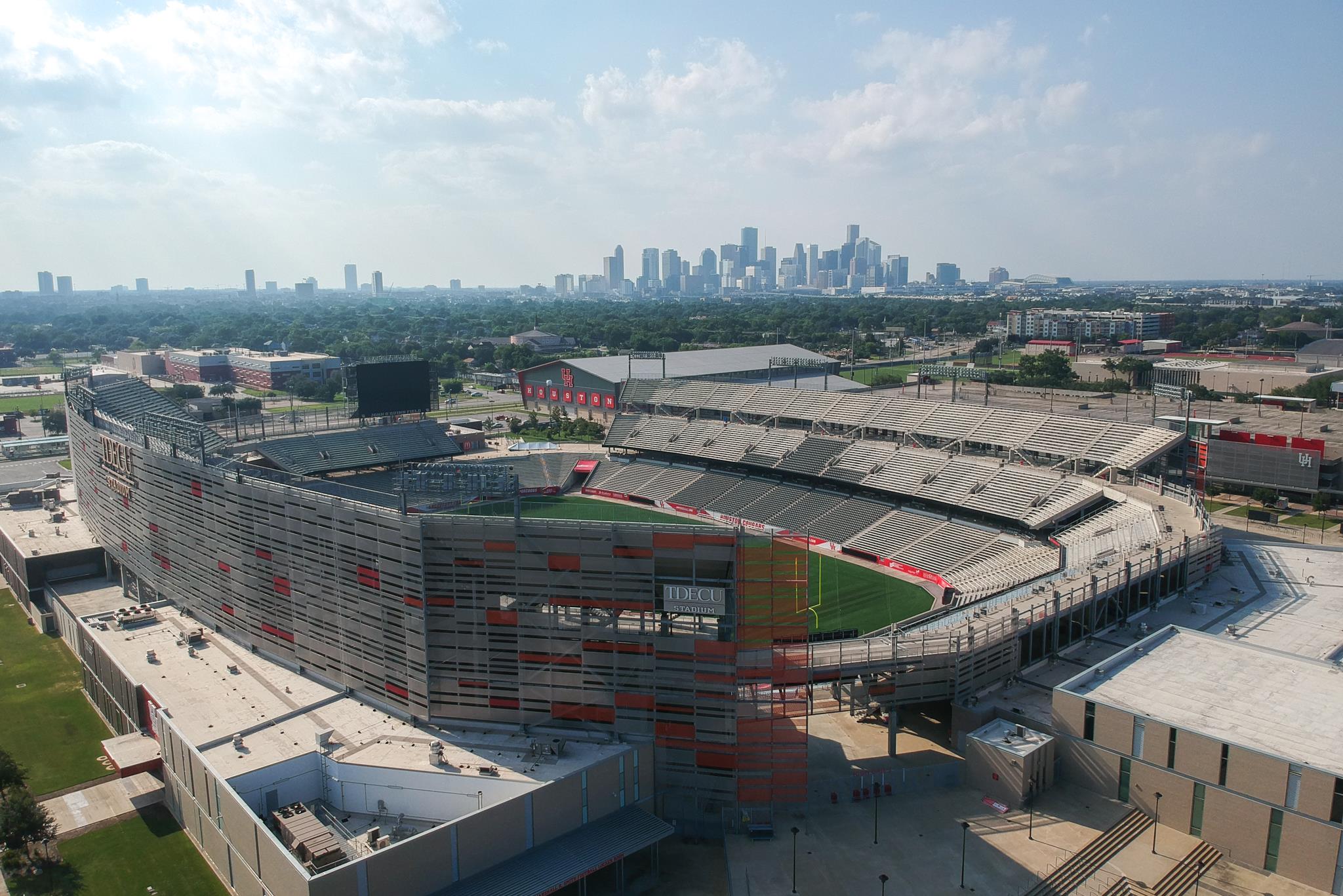 Under the AAC’s current plan, the Cougars are set to open the season with a non-conference game against the Rice Owls at TDECU Stadium on Sept. 3 | Christopher Charleston/The Cougar

The American Athletic Conference has approved an eight-game conference schedule with flexibility to play up to four non-conference games for the 2020 football season, the league announced on Wednesday.

“The health and safety of our student-athletes is our top priority as we face the challenges of the current global pandemic,” said AAC commissioner Mike Aresco in a statement. “With the guidance and advice of our Medical Advisory Group, which has done an outstanding job developing health and safety protocols, we have developed a collaborative and comprehensive plan that will allow us safely and reasonably to play our fall sports.”

The plan is for AAC football teams to begin conference play on Sept. 19. All non-conference games will be played “at the discretion of the individual schools,” and the opponents scheduled will have to follow protocols for testing, pregame, in-game and postgame operations set by The American’s advisory group.

The conference’s football championship game will be played on either Dec. 5, 12 or 19 at the stadium of the regular-season champion, the AAC said. A decision on the date will be made no earlier than Nov. 1.

The American joins the ACC, the Big 12 and the Sunbelt Conference in allowing non-conference games for the 2020 schedule. The Big Ten, Pac-12 and SEC went with 10-game conference schedules.

According to an ESPN report, The American will have no travel restrictions in place for teams looking to schedule non-conference games. The ACC and Big 12 are both limiting non-conference contests to take place within the home state of the universities.

The Cougars are set to open the season on Sept. 3 against Rice at TDECU Stadium. Houston’s first conference game is scheduled for Sept. 19 against Memphis.