State of AAC: Navy goes scoreless vs. Army; Memphis hangs on for win 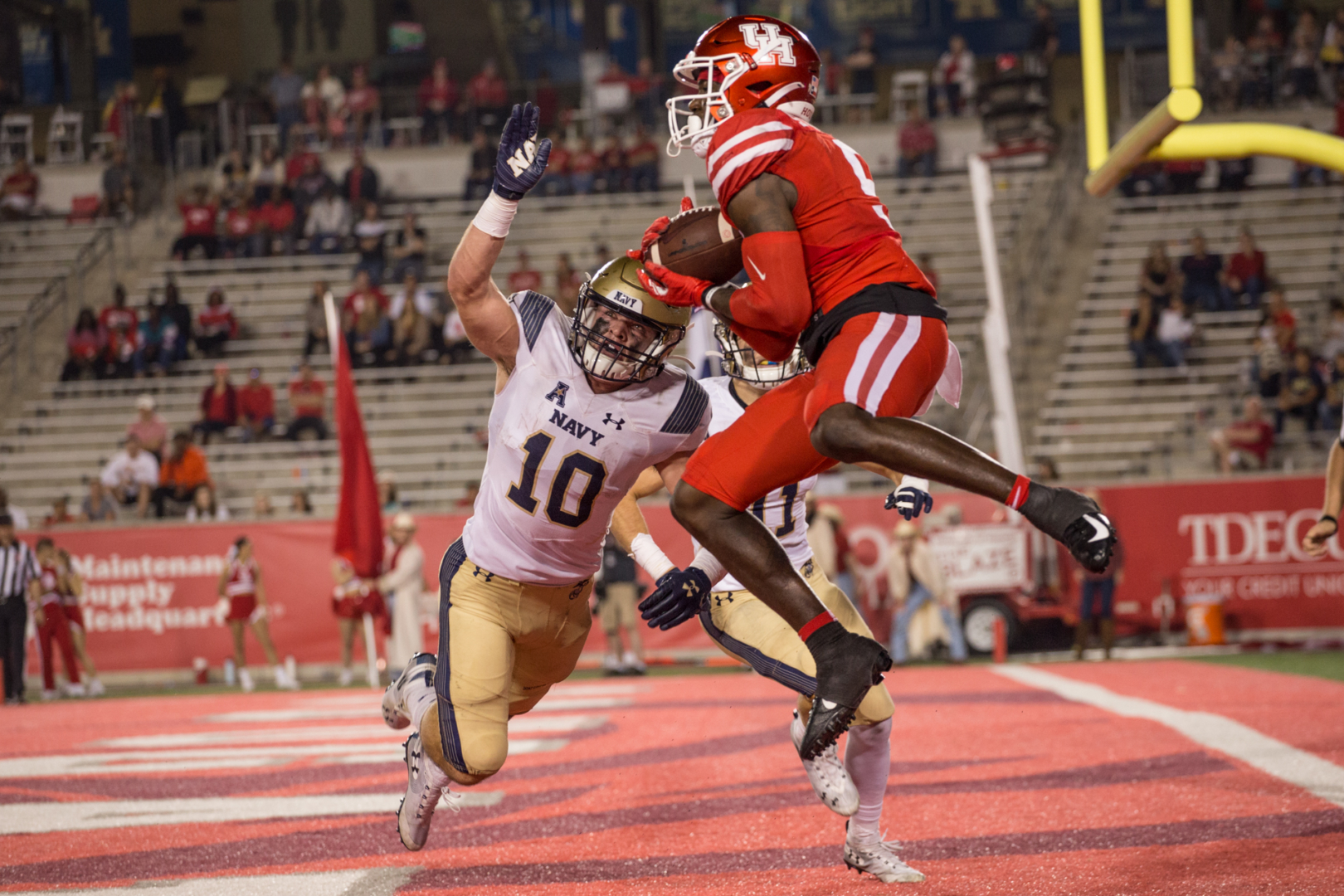 There were only two games played on Saturday in the American Athletic Conference due to the rescheduling of Tulsa and Cincinnati’s matchup, but there was still a couple of interesting contests around the AAC.

The Navy and Army game took place this week along with Houston traveling to Memphis, Tennessee. It was UH’s first game in nearly a month.

Here is a look at how the two matchups panned out:

The Tigers built momentum heading into halftime, following a scoop and score off a recovered fumble after UH junior quarterback Clayton Tune mishandled a high snap.

While the Tigers built as much as a 21-point lead in the game, the Cougars eventually brought it back in the fourth but still fell short in the final seconds.

The Tigers’ offensive performance was led by senior quarterback Brady White, who became the schools’ all-time passing leader during this game and passed for 246 yards and two touchdowns in the contest.

The Cougars’ sluggish start was a combination of poor red-zone offense and penalties, but the second-half comeback to tie the game was led by none other than Tune himself. He had three touchdowns alone in the fourth, including the game-tying strike with 28 seconds left.

Tune finished with 270 yards passing and three total touchdowns, but the Cougars fell short due to a field goal in the final seconds by Memphis senior kicker Riley Patterson.

The Cougars fell to 3-4 on the season and will finish up against Hawaii in the New Mexico Bowl. Memphis, getting the win to improve to 7-3, will face Florida Atlantic in the Montgomery Bowl.

The timeless matchup of the Navy Midshipmen (3-7, 3-4 AAC) and the Army Black Knights (8-2), which was played at West Point for the first time since 1943, ended with Navy being shutout 15-0 in a game that was pretty quiet in terms of offensive scoring.

Entering the fourth quarter, only Army’s three points were the ones on the scoreboard.

The Black Knights’ shutout performance was led by the defensive front seven, who forced a turnover on downs in a goal-line stand when Navy was in prime position to go up 7-3, and even managed to get a safety in the fourth quarter to go up 12-0 and really put the game away.

Army’s offensive efforts were quiet but enough to win the game due to the defensive stops it was given. Sophomore quarterback Tyhier Tyler led the team in offensive yards with 124 total yards and the games’ only touchdown, though he only had to throw the ball once.

Navy had an even slower game on offense, with only 117 total yards on the game and 109 of them coming from freshman quarterback Xavier Arline, who didn’t complete a pass but ran well.

The longest play of the game came when Arline tore off a 52-yard run but was pushed out of bounds at the two-yard line.

This was the first shutout win for Army in the matchup since 1969. Navy ends the regular season at 3-7.