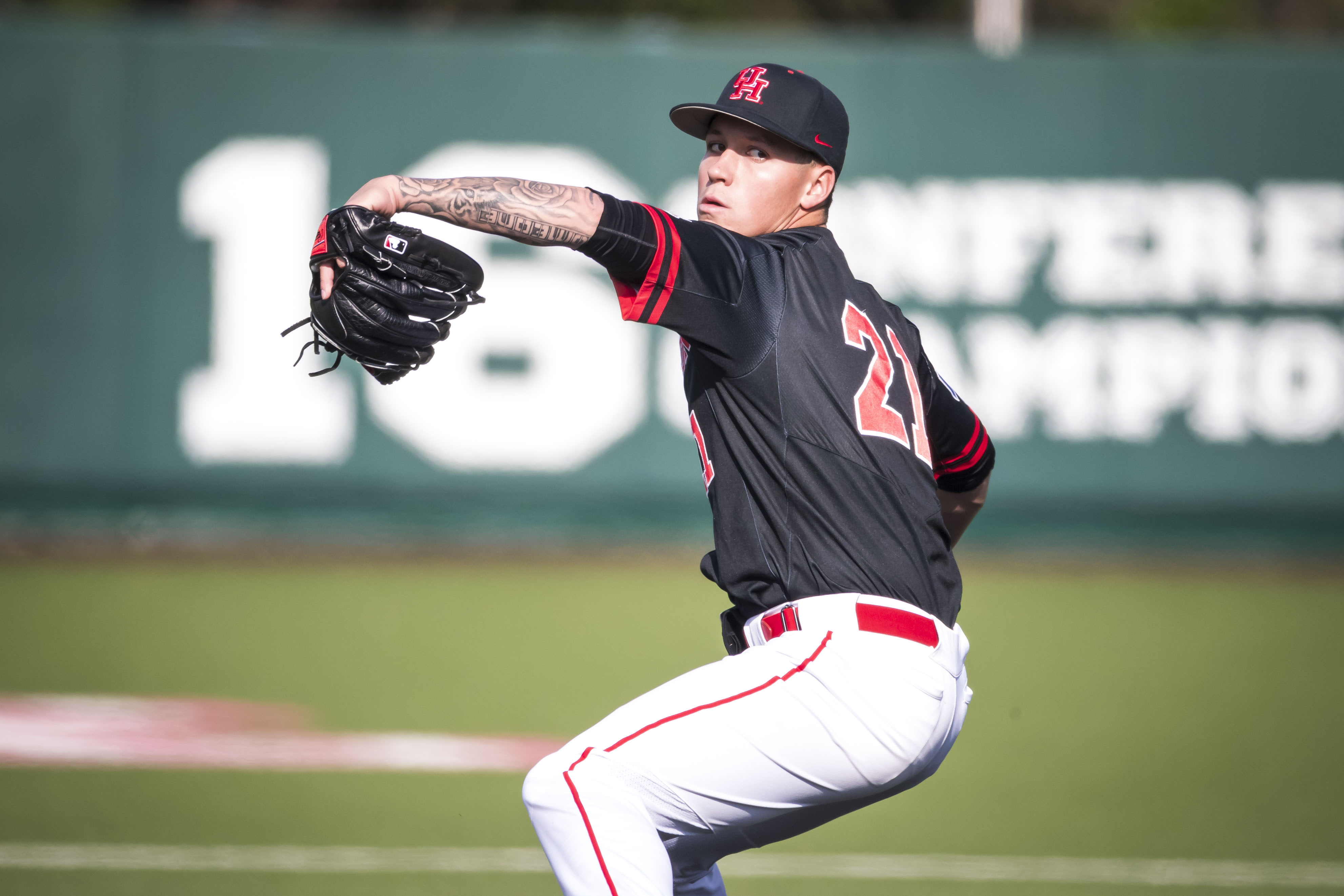 Houston baseball opened up American Athletic Conference play hosting Wichita State in a four-game series in which the Cougars dropped three out of four.

UH ace Robert Gasser took the mound and put on a career performance for the Cougars. The junior left-hander threw 7 2/3 innings of shutout baseball, allowing only two hits and striking out a career-high 12 Shocker batters to power UH to a 5-3 victory.

Senior outfielder Tyler Bielamowicz led the Cougars with two RBI’s on the night. Sophomore infielder Brad Burckel, sophomore outfielder Brandon Uhse and junior catcher Kyle Lovelace each singled and drove in a run on the game.

Friday featured a doubleheader between the Cougars and Shockers in which both games were pitching duels.

After falling behind 1-0 in the top of the first, Uhse led off the bottom half of the inning and tied the game up with a single swing of the bat, sending a 2-1 pitch over the left field wall.

One inning later, freshman infielder Will Pendergrass showed his skills on the basepath by taking advantage of a wild pitch and coming home to score to put the Cougars on top.

After taking a 2-1 lead, the Cougars’ bats went completely silent and only produced one hit over the final seven innings of play.

Wallace led off the top of the ninth and homered to left to put the Shockers up 3-2, a lead which they would hold on to to even up the series at one game apiece.

In the second game, both teams starting pitchers were outstanding.

The Shockers’ two runs off Deese proved to be enough as the Cougars bats remained silent for the second straight game with their only run coming on a sacrifice fly from Pendergrass in the bottom of the eighth in a 2-1 loss.

The series finally proved to be the third straight pitching duel which the Shockers were once again able to come out on top, winning 3-2.

With the game tied at two heading into the ninth, sophomore reliever Derrick Cherry ran into some trouble and allowed the Shockers to take the lead on an RBI single.

UH was unable to even things up in the bottom half of the inning, falling for the third consecutive game by just a single run.

Cherry was charged with the loss for UH while Wichita State reliever Ryan Stuempfig earned the win, throwing two shutout innings out of the bullpen.

Pendergrass drove in both Cougar runs of the game with a two-run shot to left in the bottom of the second.