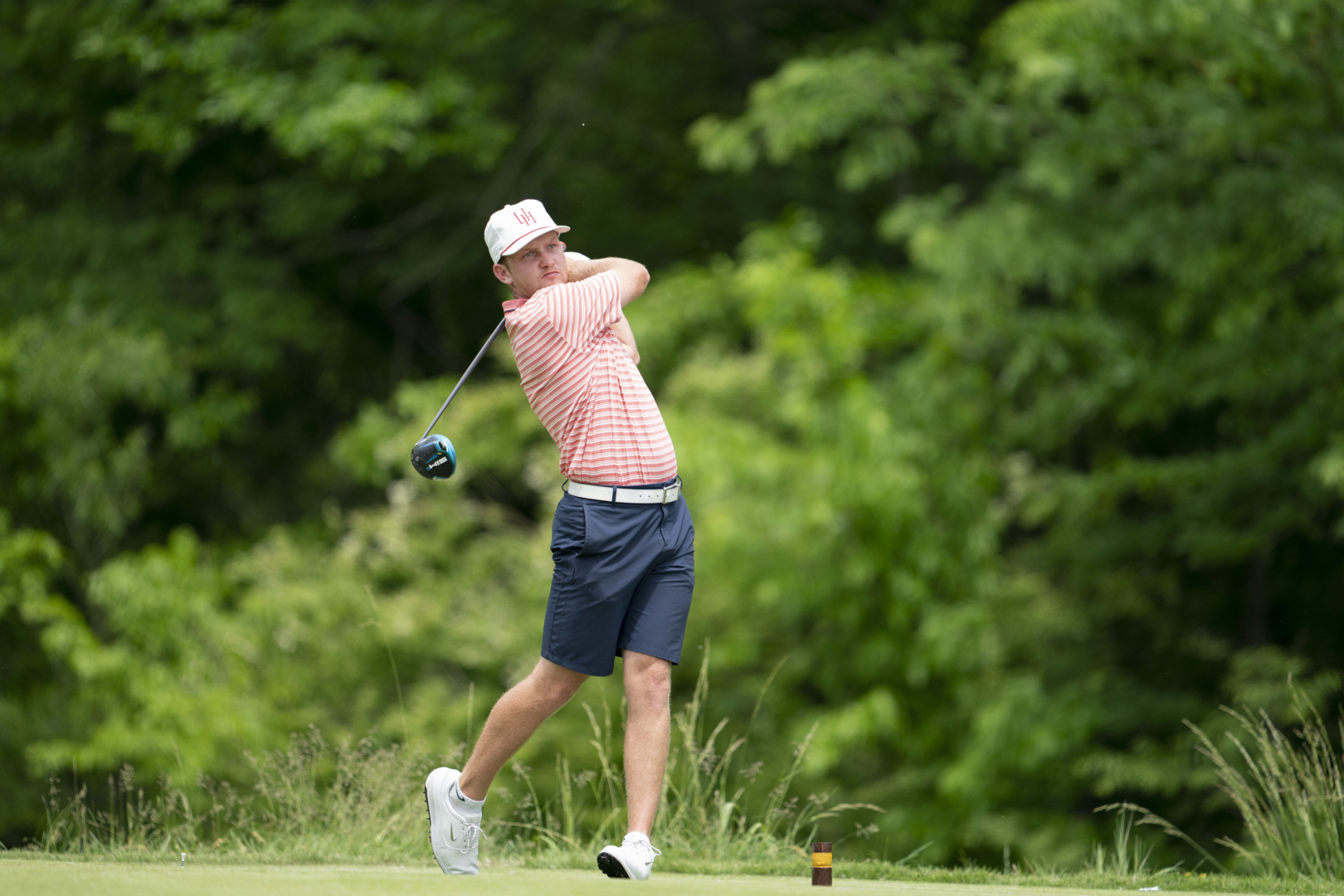 Austyn Reily’s mom Melissa, who had the honor of caddying for her son, was a nervous wreck as she and her son made their way to the 18th tee box at Midland Country Club on Sunday — knowing that her son was one hole away from the biggest win of his young career.

Reily, on the other hand, remained calm, cool and collected as he had been throughout the 112th Texas Amateur championship, even though he only held a one-shot lead.

Having been in tournaments in the past where he was unable to finish the job, the 5-foot-10-inch sophomore knew that there was no point in adding any extra pressure to himself and it was best to stick to the plan he entered the tournament with.

“It’s just another round of golf,” Reily said. “Yeah, there’s a little more pressure (since it was the Texas Amateur) but you got to do your job of composing that and just accepting that I’m in a tough, tight situation, but I’m going to have to step up and control what I can control and go from there.”

Up to that point, Reily had strung together some of his best career rounds of golf. Reily started out the tournament Thursday with three straight birdies for the first time ever and followed his hot start by going bogey-free from hole 14 on Friday through hole 15 in Sunday’s final round, a total of 38 holes.

After Saturday’s five-under round which gave him a share of the lead through 54 holes, the UH golfer had a gut feeling that Sunday would be the day he would finally break through and walk off of the 18th green as a champion.

“I just had a feeling. Everything felt really good that week,” Reily said. “As calm as I was that helped a lot because when you’re calm and relaxed you’re able to stay focused a little more. Finding that stroll walking the fairways, (I) was just in a good rhythm and it helped calm me down.”

Despite the added pressure on Sunday, Reily stuck to the plan that had gotten him to this point, remaining in his stress-free groove that he entered the tournament with.

Tied with Midwestern State’s Jake Doggett through 16 holes, Reily finally had a chance to take sole possession of the top of the leaderboard after Doggett had to settle for bogey on 17— and Reily delivered, converting his par putt to put him one hole away from etching his name into the Texas Amateur history book.

Moments later on the 18th green, Reily saw his ball go in the cup for par, turning his dreams into reality— he was the 112th Texas Amateur champion and ninth Cougar in UH golf history to win the tournament.

“Right when I finished that (final) round I was kind of in shock (knowing) I’ve done it,” Reily said. “After a day or two, letting it all sink in you are like man I really did that. To be able to win that event is pretty special just because of the rich tradition it has of all the great players that have played in it and even the legacy of UH players that have also won it. It’s just a memory I’ll always cherish forever and a championship that can’t be taken away.”

Reily continued to discuss his mother’s role as his caddy.

“Just to give her the opportunity to be inside the ropes right there beside me with a front-row seat I know was very special to her,” Reily said. “She enjoyed every minute of it.”