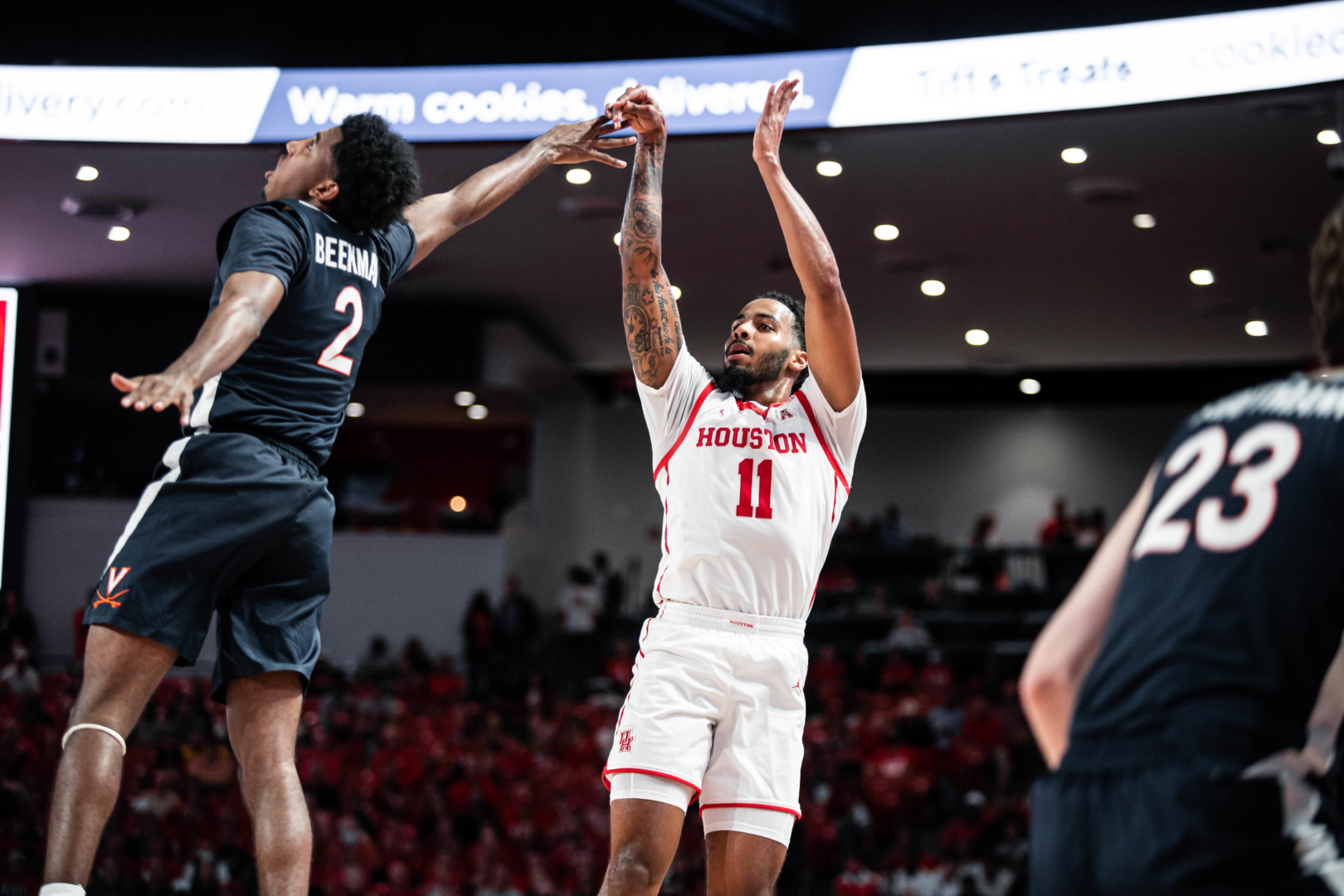 In front of a sold-out Fertitta Center decked in red, No. 15 Houston routed Virginia from the jump, cruising to a 67-47 victory on Tuesday night.

It was raining 3-pointers early in Fertitta Center as senior guard Kyler Edwards and junior guard Marcus Sasser hit back-to-back shots from beyond the arc to begin the game top put the Cougars up 6-0.

Defensively, the Cougars’ defense stifled the Cavaliers forcing 12 first half turnovers resulting in 14 points for UH.

The Cougars took a 16 point lead into the half.

The second half began the same way as the first, as Edwards knocked down a corner 3-pointer.

The lead quickly grew to 20 after a senior forward Reggie Chaney layup off a feed from Moore followed by a Sasser floater.

Virginia never got within 16 points for the remainder of the game as UH continued to enforce its will on both ends of the floor.

Sasser led the Cougars with a game-high 19 points to go along with four assists.