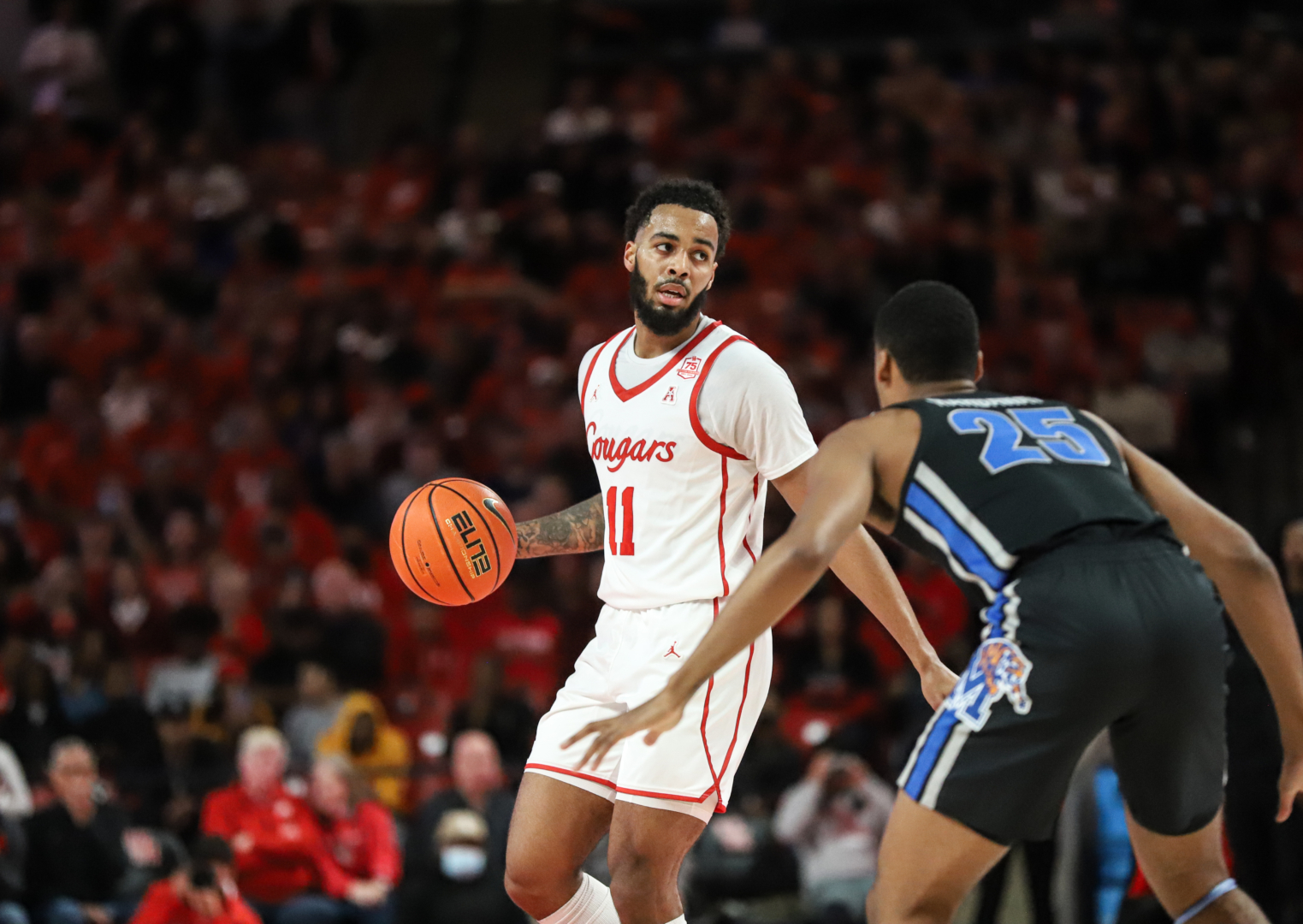 The UH men’s basketball team pulled away late and knocked off Tulane with an 81-67 road victory on Wednesday.

The Cougars now improve to 23-4 on the year with a 12-2 record in conference play, keeping them atop the American Athletic Conference standings.

Both teams had a slow start to the game as graduate forward Fabian White Jr. scored the first seven points of the game for the Cougars.

Two fouls in the first 1:49 of the game by graduate forward Josh Carlton pushed him into early foul trouble and kept him out of the rest of the first half.

UH struggled to get any rhythm going early on and went on a 4:49 scoring drought as Tulane led 14-9.

Senior guard Kyler Edwards picked up his first score of the game with a 3-pointer at the 7:31 mark of the period to retake the lead at 19-17.

The Cougars entered a second scoring drought of three minutes or longer while recording five turnovers with 3:56 left in the first half.

The UH men’s basketball team held on to a 32-27 lead at the half, as White Jr., Edwards and sophomore guard Jamal Shead all had seven points each.

After a scary non-contact landing on a rebound attempt by Edwards, he asserted himself in the game immediately, hitting two 3-pointers in a short span to extend the Cougars lead to 50-39 and force a Tulane timeout.

Just past the midway point of the second half, the Cougars tightened up defensively and maintained a double-digit lead while shooting 36 percent from behind the arc.

Tulane cut the deficit to seven points just under the five-minute mark of the second half, yet UH did not budge as the UH men’s basketball team responded with an 8-0 run to extend the lead to 68-54 with 3:12 left in the game.

Edwards led the Cougars in scoring with 21 points on the night along with four 3-pointers and a 50 percent field goal percentage.

Graduate guard Taze Moore finished one rebound shy of a double-double with 18 points and nine rebounds.