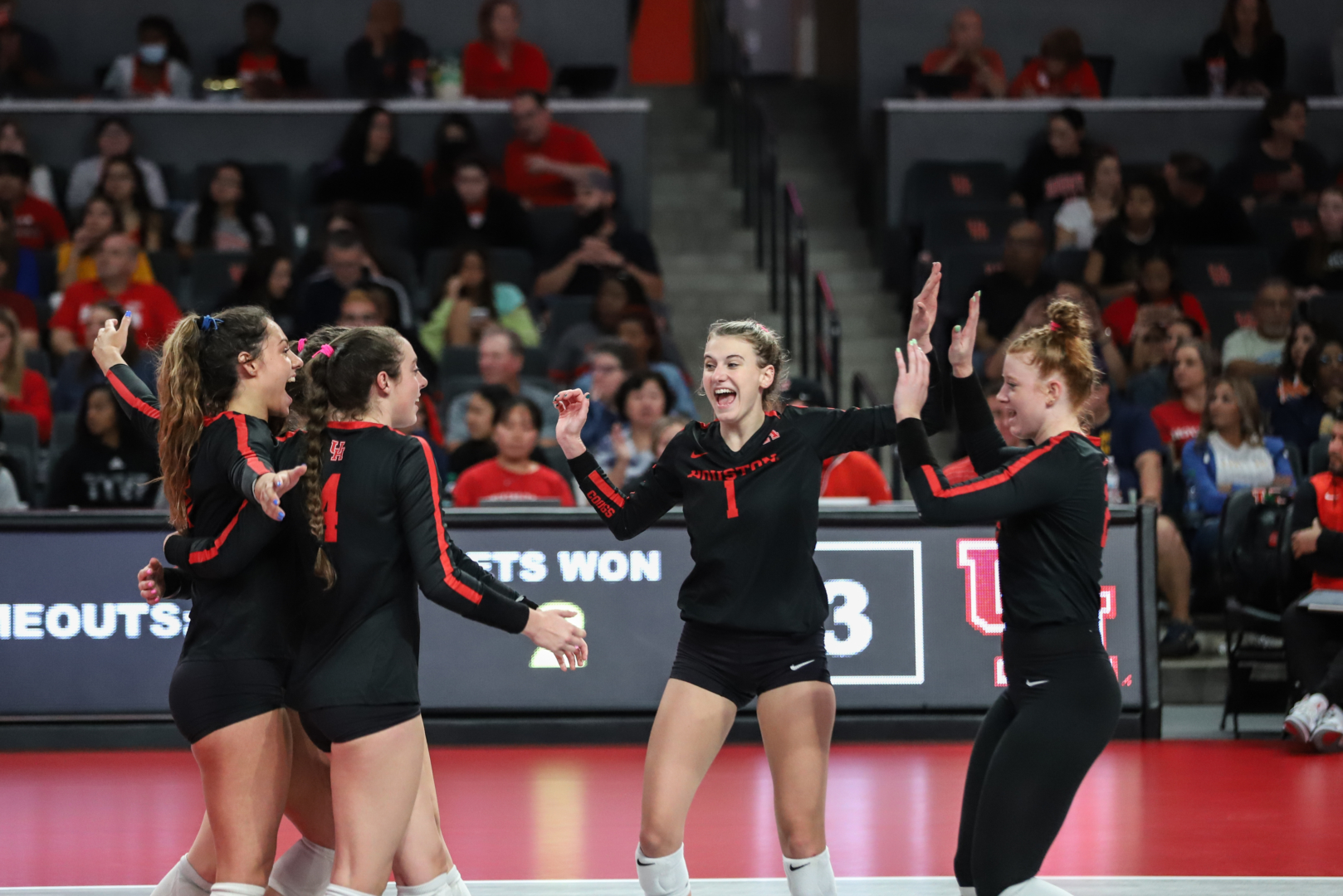 The No. 23 ranked Houston volleyball team extended its winning streak to 17 games as the Cougars took down Wichita State on the road in straight sets.

The Cougars now improve to 25-2 on the year while remaining an undefeated 16-0 in American Athletic Conference play.

The Cougars closed out the first set in dominant fashion by a score of 25-11. Senior outside hitter Abbie Jackson notched five kills in the first set.

In the second set, UH had a little bit more trouble early on as Wichita State jumped out to a quick 4-1 lead. Both team went back and forth for the remainder of the second set, but UH would get the set victory 25-22 with Jackson once again lead the way with six kills.

In the third set, UH jumped out to a 9-4 lead. Wichita State kept it competitive, getting it as close as 18-17. A couple of blocks from senior middle blocker Rachel Tullos and graduate outside hitter Kortlyn Henderson would seal the deal for the Cougars for a 25-20 third set victory to complete a sweep of the Shockers.

The Cougars hit the court once again on Friday Nov. 18 against Memphis at Fertitta Center.