No. 3 UH takes care of business against Oregon on the road 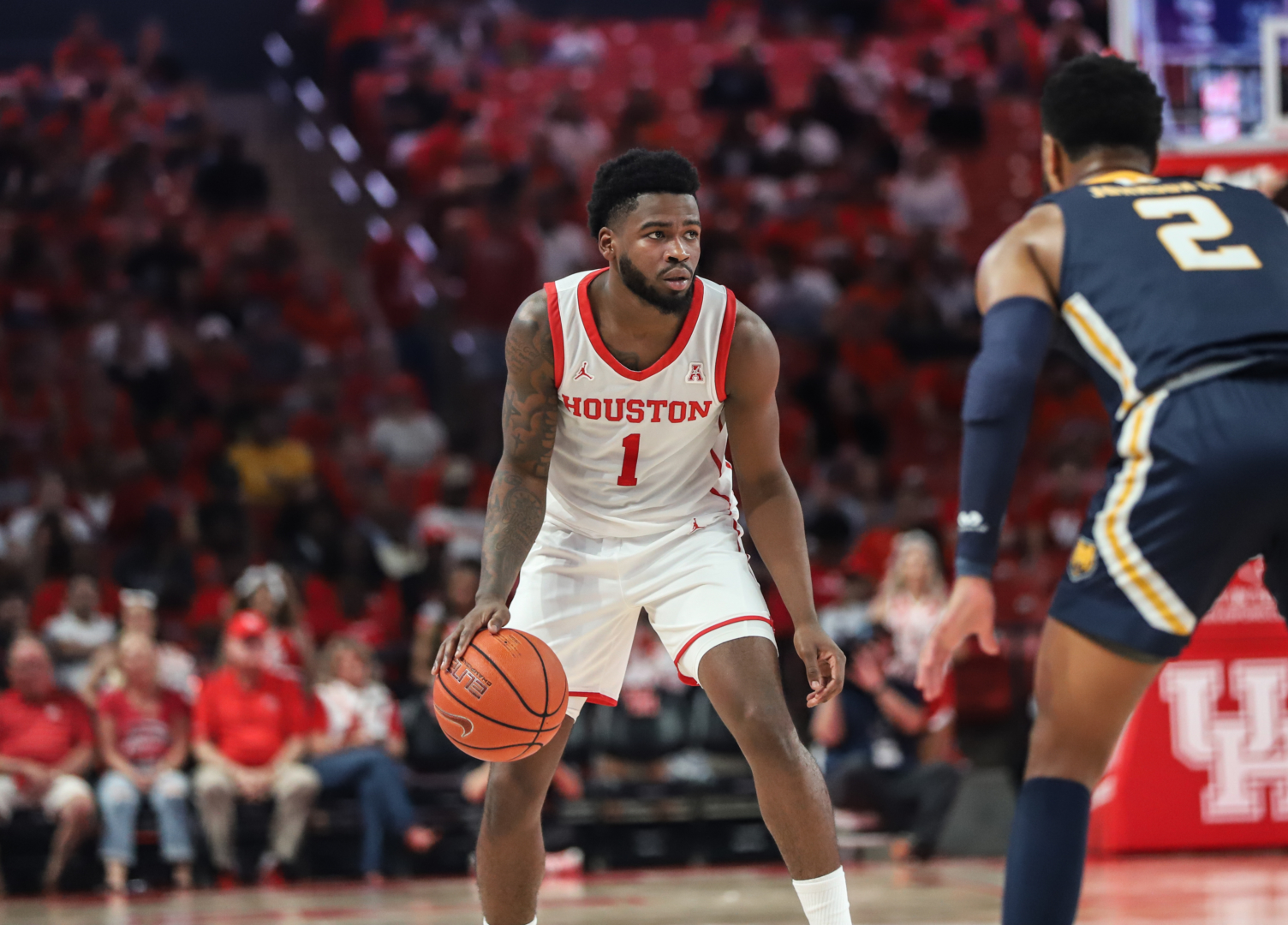 In its first true road game of the season, No. 3 Houston survived a late Oregon run to beat the Ducks 66-56 on Sunday night at Matthew Knight Arena in Eugene, Oregon.

True freshman guard Terrance Arceneaux stole the show early, making an immediate impact off the bench for UH scoring eight points, including a pair of 3-pointers, in the span of just 39 seconds. A layup from freshman forward Jarace Walker and a slam from Arceneaux made it a 12-0 UH run, quickly turning a 15-15 tie into a double-digit Cougars lead.

With preseason All-American guard Marcus Sasser on the bench for most of the first half after picking up two quick fouls, junior point guard Jamal Shead picked up the slack. Shead, who had not scored in double figures in any of UH’s first four games, found his groove with 11 first-half points to lead all scorers.

Sasser’s first field goal, a 3-pointer, came with 13:10 left in the second half. An Arceneaux 3, his third of the night, and a couple of layups put the Cougars back on top by double-digits.

The Cougars’ lead grew as large as 16 points.

Oregon used a 12-2 run to cut the deficit to six with just under three minutes remaining. With 52 seconds left, Sasser hit a corner 3-pointer, putting an end to the Ducks’ run and any hopes of a comeback.

Sasser finished with 16 points, 13 of which came in the second half, to lead UH.

Arceneaux had a career-high 15 points while Shead finished with 13 and Walker added 10 to round out the Cougars that scored in double-digits.