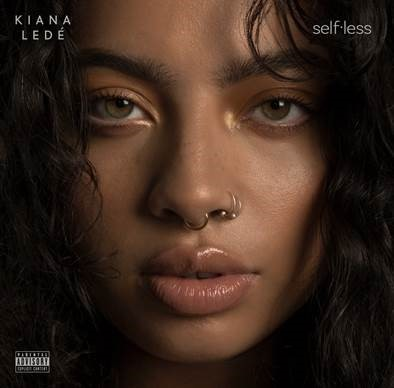 Songwriter, producer and multi-cultural singer Kiana Ledé is set to tour with
Jessie J following the debut of her 2018 EP, “Selfless.” An infusion of R&B, pop, alternative and indie, her music will set the stage on fire with her feisty passion.

“Selfless” consists of an “eight-song set (which) illuminates her penchant for slick, sharp, smart and soulful urban/R&B music. Among its tracklisting, the EP boasts her radio single “Fairplay” [feat. A$AP Ferg]— which has already garnered over 10 million streams,” publicist Ken Phillips said.

Ledé became a sensation with 50 million plus views on both her Youtube and Vevo
channels.

Since childhood, Lede knew that music was a career she wanted to pursue and underwent a myriad of personal struggles that built up her strength to prepare her for this chosen path.

These situations have helped her develop a strong sense of identity that fuels her art to this day.

“Growing up as a mixed race girl, I’m able to pull from so many influences,” Ledé said. “I see it as a super power, really. I am not one thing, so my music doesn’t have to be one thing either. It also allows different types of people to relate to it and to my story.”

Ledé’s home life impacted her music through the different influences from each parent.

“Dad’s taste in music was rap and R&B, so I grew up listening to what he loved in his house. Then, at my mother’s house, where I spent most of my time, I had a totally different musical experience,” Ledé said.

She said her mother has had an immense influence on her writing and who she is today.

“She’s a school teacher who was raised in the foster care system and made a life of her own, and so much of her struggle and how she became the woman she is informs me daily,” Ledé said. “I only write about my experiences. I think actually going through real experiences makes me be able to give more depth and life to my songs.”

Her experiences shaped her music, her lyrics and herself. After moving to L.A., she fought to keep her career going. Determined to do what was needed to succeed, she made sure to keep her head straight and immerse herself in the music scene.

“Moving to L.A. at such a young age meant I had to grow up really fast,” she said.
“I had a nine-to-five and was in two sessions a day, grabbing any extra music gig I could to be able to afford to live. I went through adult hardship with the coping skills of a 16-year-old.”

To manage this rigorous lifestyle, she had to become more strategic in where she placed her trust.

“I was a very trusting kid, so I learned pretty quickly that a lot of people are out for themselves, even if they tell you they’re on your team. I had to get street-wise and build my business,” Ledé said.

She succeeded bearing down the harsh walls, made her music and even took up
acting. She contributed to big albums such as “Fifty Shades Freed” and in 2018 released her own EP “Selfless.”

Despite all these hardships on her way up to the top, she has used these to help her grow and learn as a person.

“I hope people feel the vulnerability and truth in my music and see it as something
strong,” Ledé said. “I hope they find self-awareness and self-worth in my music.”