‘We got to get the run game going’: Dana Holgorsen knows Houston needs to adjust ground game struggles 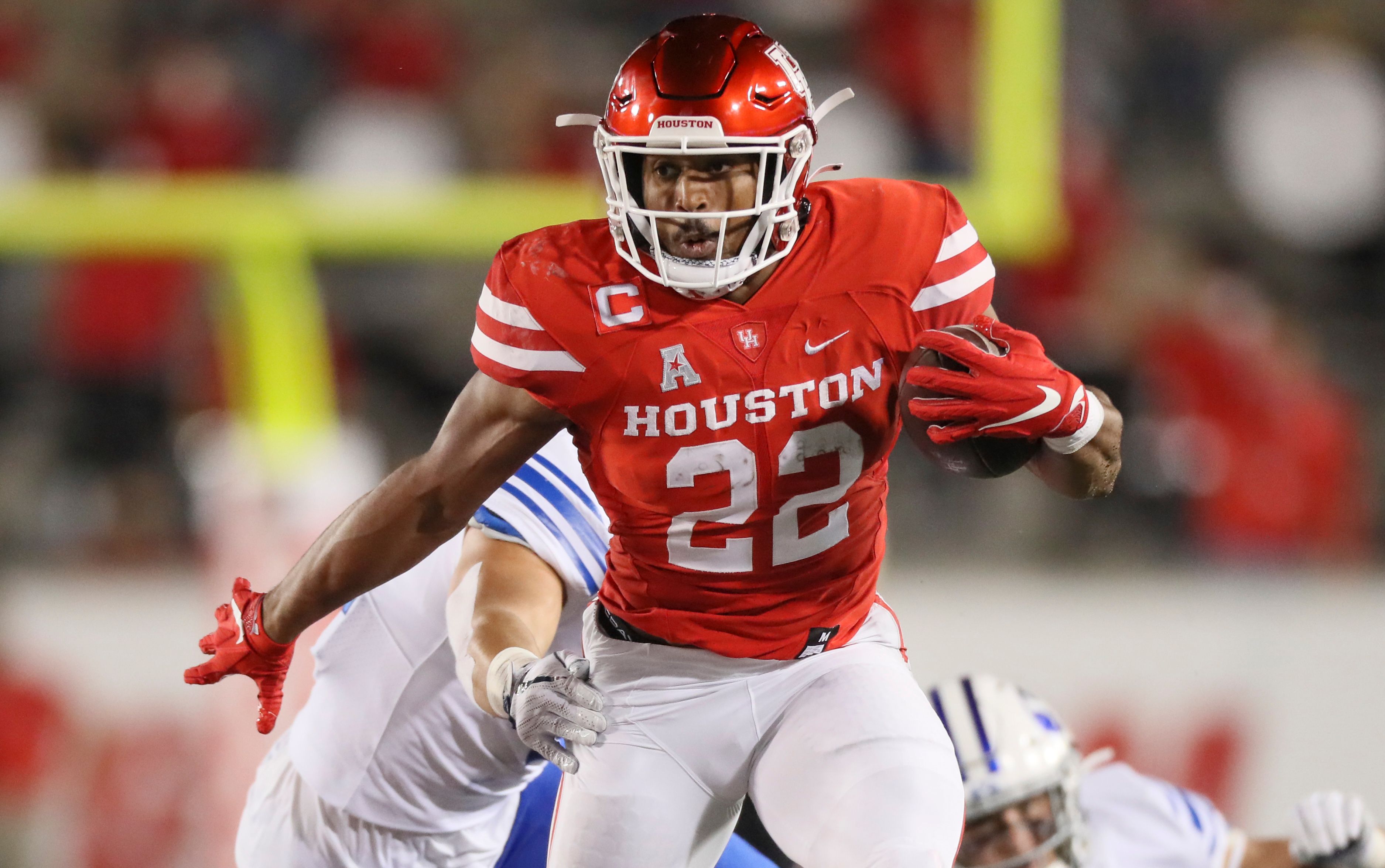 Through the first four games of 2020, Houston’s offense has been a streaky unit, but one thing that it has been consistent at, and it is not a good thing, has been the lack of production from the ground game.

Houston has the No. 10 rushing offense, or second-to-last, in the American Athletic Conference as it has averaged 134 rushing yards per contest. Only the Temple Owls are averaging less yardage on the ground per game in the AAC.

“We got to work hard on that,” UH head coach Dana Holgorsen told reporters via Zoom on Tuesday. “Cincinnati is really good against the run game, but with that being said, I don’t care who we play. We got to get the run game going.”

As the head coach said, Houston will face a big challenge when it travels to Cincinnati, who is the No. 1 rush defense team in the AAC, holding opponents to only 97 yards a game.

While the Bearcats will make things difficult for the Cougars in getting production from the ground game, Houston has struggled to garner much yardage in the facet of the game all season long.

On the season, Houston has not had a 100-yard rusher in any contest. Senior running back Kyle Porter leads the team in rushing at just over 63 per game, which is not bad, but also not eye-popping by any stretch.

The big problem for Houston on the rushing stats, however, is noticeable after Porter. The second-leading rusher for the team is junior quarterback Clayton Tune, who is only averaging 28 running yards a contest.

Senior Mulbah Car, who was supposed to be Houston’s second-leading back, has been dealing with injuries since the first game of the season when he suffered a sprained ankle against Tulane and has been limited since.

Car missed Houston’s game against Navy and has only carried the ball 18 times for a total of 70 yards, which has been a big reason behind the Cougars’ lack of variance in the running attack.

In the only four games he played during 2019, Car rushed for 374 yards and three touchdowns.

“He hasn’t looked like (he did in 2019) yet this year, but we have confidence in him to be able to get there,” Holgorsen said.

Another facet of Houston’s offense that ties in with the slow production on the ground game is the offensive line.

The Cougars have had movement across that unit multiple times in 2020 due to various reasons including injuries and just flat-out bad play.

“If guys produce, they play. If they don’t, they don’t,” Holgorsen said when asked about a specific substitution on the offensive line.

Against the Knights, there were various movements on the line, particularly at left guard where senior Keenan Murphy was replaced by senior Gio Pancotti and sophomore Max Banes also had a run.

The o-line for Houston has been a revolving door to begin the year and with redshirt freshman Patrick Paul now out for the rest of the season, the movement will continue, which hampers the team from getting a number of group of players to build chemistry and familiarity.

For Holgorsen,  that is just another obstacle that Houston has to overcome.

“We’re still searching for depth up front. I thought Max Banes went in and did a really good job,” Holgorsen said.

“I thought we played OK… We’re continuing to progress upfront. I thought Braylon Jones and Dennis Barwell had their best games. Jack (Freeman) was OK. We got to continue to develop depth. There’s no way you’re ever going to go into a year and play (just) five O-lineman,” Holgorsen added.

While the Cougars continue to look for their O-line to gain experience on the job, they will also hope that Car is able to get back to the explosiveness he showed last season, which will make the job of the line a bit easier and provide aid to the entire offense as a whole.

Holgorsen told reporters that Car has shown flashes of it in practice, which is good news for Houston as it tries to climb out of the bottom half of the AAC in rushing, but only time will tell if he is able to produce during games.

“He practiced better last week, but we just had a hard time getting things going in the run game,” the head coach said. “We got to get the run game going (and) Mulbah is a big part of it.”